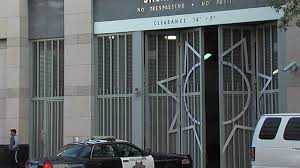 January 3, 2020 (San Diego) – Don Ralph, 52, was found unresponsive on October 26 by deputies doing a security check at the San Diego Central Jail. Deputies found a sock lodged in his throat, removed it and performed first aid until relieved by paramedics, but despite lifesaving efforts, Ralph was declared dead a half hour later at 4:05 a.m.

Ralph shared a cell with another inmate, however the Sheriff’s department concluded there was no preliminary evidence of foul play.

Now the Medical Examiner has concluded that the cause of death was asphyxia due to occlusion of Ralph’s air way with the sock, and determined that the manner of death was suicide.

September 3, 2019 (San Diego) - The San Diego County Sheriff's Department announced Tuesday that it has adopted a slate of policies designed to prevent inmate suicides at its jails, actions undertaken following the release of a report that decried a “shocking” number of such deaths at local lockup facilities.