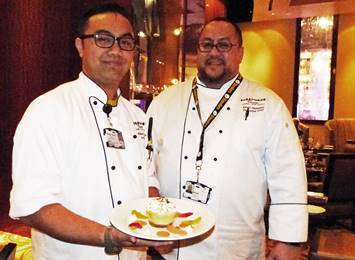 Wine pairings for each course are also available for an additional $70.

Chef Simmons states, “Restaurant Week is one of my favorite San Diego events.  With fantastic flavors and spectacular views of the beautiful Jamul countryside, dining at Prime Cut is relaxing, romantic, and, in many ways, a magical experience.  I can’t wait for Restaurant Week to bring more San Diegans to Jamul Casino® to see what we have to offer!” 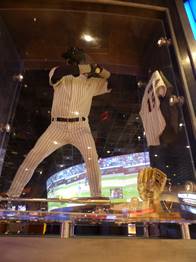 Chef Simmons, a social media sensation with thousands of followers, is the creator of Hungry Chef BBQ Sauce and was featured in the Culinary Cinema event at the 2018 San Diego International Film Festival.  Under his leadership,Tony Gwynn’s Sports Pub was named Best Sports Bar in the San Diego Union-Tribune San Diego’s Best Readers’ Poll awards for 2018, and the wine list at Prime Cut was honored with the Wine Spectator 2018 Award of Excellence.

About Jamul Indian Village of California

Jamul Indian Village of California is one of 13 federally recognized tribes that are part of the Kumeyaay Nation, with roots in east San Diego County going back 12,000 years. The Tribe uses revenue and resources from Jamul Casino® to fund educational opportunities, healthcare, and housing initiatives for its members, and projects that benefit the surrounding community, through a tribal-state gaming compact with the State of California signed in 2015.  For more information about Jamul Indian Village of California, please visit jamulindianvillage.com.