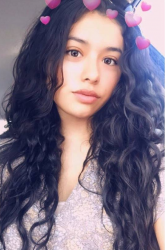 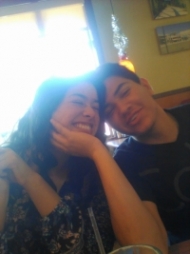 Updated with identies of the vicitms, provided by the San Diego County Medical Examiner's Office

June 3, 2019 (Jamul) – The driver and a passenger in a 1997 green GMC Sonoma pickup truck are dead following a head-on collision with a Jeep at 11:45 p.m. last night on Lyons Valley Road in Jamul.  The driver, Martin Lopez Soto, 19, from Lemon Grove and his passenger, Hope Najera, 18, from Jamul, died at the scene after the GMC crossed the center line into the path of the Jeep. According to their Facebook posts, the couple recently became engaged.

Witnesses called 9-1-1 but both victims were found inside the vehicle without a pulse by first responders who were unable to revive the teens despite aggressive life-saving efforts. The Medical Examiner concluded that both died of blunt-force injuries.

The driver of the Jeep, an 18-year-old El Cajon woman, had three teen passengers in the vehicle. All four sustained non-life-threatening injuries and were either treated on scene or transported to local hospitals for medical evaluations, according to the California Highway Patrol.