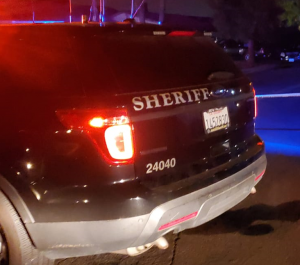 February 16, 2021 (Jamul) – A 64-year-old man shot and killed himself after a stand-off with a SWAT team and crisis negotiators in Jamul, according to the Sheriff’s department.  He is suspected of shooting and wounding another man yesterday.

The confrontation began after deputies responded to a report of a shooting in the 15700 block of Lyons Valley road in Jamul yesterday shortly before noon. They found a gunshot victim outside the home. Paramedics transported him to a hospital, where he underwent surgery and is in stable condition with injuries considered non-life threatening.

“Deputies surrounded the residence, believing the shooting suspect, a 64-year-old male, was still located inside and armed with a gun,” says Lt Joel Stranger with the Rancho San Diego Sheriff’s station.  “Deputies made multiple loudspeaker announcements advising the suspect to exit the residence and surrender to deputies, which he refused to do.”