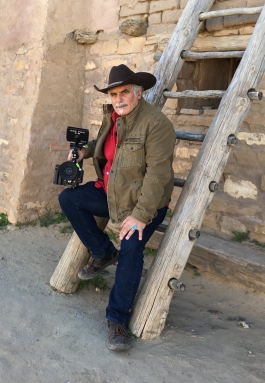 August 16, 2017 (San Diego) -- Filmmaker Isaac Artenstein likes to tell good stories, especially unknown ones, and if those stories inform and entertain others, even better. He feels that the Jews of the Southwest have an untold story as the narrative has been mostly about the Anglo westward expansion; whereas other immigrants are also part of the history. He wants to show one of the missing pieces of the puzzle. To that end, he is working on a four part series of documentaries, Frontier Jews, which covers Jews of the Southwest, including New Mexico, San Diego, Arizona [Tucson] and El Paso. The documentary on New Mexico, Challah Rising in the Desert has just been completed and the one on San Diego, To the Ends of the Earth is near completion.