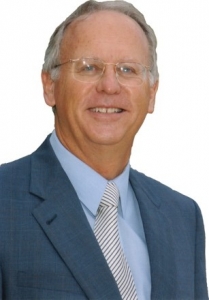 April 30, 2018 (La Mesa) - Former La Mesa City Treasurer Jim Stieringer announced that he has joined the crowded field for election to the Fourth District State Board of Equalization. Incumbent Dianne Harkey has announced that she will seek election to the 49th Congressional District seat currently held by Congressman Darrel Issa. The Fourth District includes one fourth of the entire state including San Diego, Orange, Riverside, Imperial and San Bernardino Counties.

In addition to his 2002 election as La Mesa’s City Treasurer, Stieringer served five terms as a member of the Grossmont Healthcare District Board of Directors and a single term as a member of the Grossmont Union High School District governing board. According to his website, he is an Air Force veteran and holds a business degree from California Western University and a Master’s degree in management from Florida State University.

The BOE is comprised of four districts each with a population of approximately 9.5 million people. Voters from each district elect a Board Member as their representative. The fifth Board Member is the State Controller, who is elected statewide.

The Board of Equalization was created by the California Constitution in 1879. Historically it was the state’s largest tax collection agency. That changed in 2017 following a series of scandals that caused the governor and legislature to vastly reorganize its functions. The board retains authority to collect and handle appeals for state assessed property taxes, alcohol taxes and insurance taxes. The remainder of its original tasks, including the collection of sales taxes, have been transferred to a new agency called the “California Department of Tax and Fee Administration”. By losing its authority to hear income tax appeals, the board has lost all but 200 of its 4700 staff positions. Before its reorganization the BOE collected more than $60 billion annually in taxes and fees supporting state and local government services.

The top two finishers in the June primary will advance to the November general election runoff.