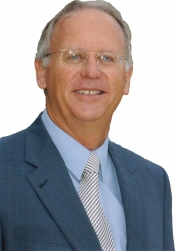 October 10, 2012 (San Diego’s East County)- Retired La Mesa city treasurer Jim Stieringer is running for the Grossmont Union High School District (GUHSD) board with confidence that he can, first and most importantly, create greater collegiality among the board members by presenting a policy that all board members must abide by, if elected. In this policy, Stieringer expects that “all board members will agree to the standards of conduct amongst themselves, and their relationships with each other and the public.”

Secondly, he would like to develop an “anti-spiking policy” because of widespread reports of pension spiking in the state. He also would oppose any purchases of computers, using general obligation bonds. Furthermore, he would like to revisit the district’s policy concerning school attendance boundaries. But he lists his biggest concern as finally getting construction under way for the new high school in Alpine. Lastly, he says he will strive to make a positive impact the way he did from 1992 to 2010 when he was on the board of Directors in the Grossmont Healthcare District.

“I believe there’s some discord among the five members of the board. I firmly believe I can create harmony among the members. I’ve done it in the past with Grossmont Healthcare. We can be a collegiate, but we can disagree.”

He believes he is qualified because of his experience as former city treasurer and director emeritus of the Grossmont Healthcare District in Grossmont Hospital. He was a captain in the U.S. Air Force, and is a member of many organizations in the community including the La Mesa Historical Society, Board of Governors (Home of Guiding Hands), Association of Public Treasurers, and the Government Finance Association. He obtained his degree in business from California Western University and has a Master’s in Management from Florida State University.

According to his website, he is running because he has great respect for the district and former teachers. He personally knows what the district has been like in the past, having graduated from Grossmont High. His son is a graduate of Helix High. He sees a direct correlation between parents’ expectations and success of the students. The goal should be to raise the aspiration level of the entire community including the teachers, parents, students and elected officials.

Regarding the high school in Alpine, he told ECM, “We should build a school. The funds are available. The school is badly needed. All that’s required now is the will to do it. The people at Alpine have been paying quite a price to get to Granite Hills, Steele Canyon.’

He differs with some candidates who have sharply criticized certain board members for  recent controversies over how district boundaries were redrawn. “That was badly handled by the state more than the board,” Stieringer said. ”A lot of the board members are my friends. I think we could do a better job.”

Despite the impacts of deep budget cuts on the District, he opposes both ballot initiatives aimed at funding public education, Props 30 and 38. “I think Prop 30 is simply a ruse to get more money for the state,” he said. “I think 38 is well intentioned, but constitutes a significant tax increase, which I oppose.”

For his budget priorities, he explained, “My goal is to fit the academic programs within the constraints of the budget.” Class sizes have been enlarged and many teachers have been laid off in the past.

The main issues in the district right now are “as always, budget/allocation of school resources, status of construction of new high school, and completion of all projects in the two general obligation bond measures,” he stated.

Stieringer drew controversy after he retired from the Grossmont Healthcare District Board, then tried unsuccessfully to get the position back after a staff job he sought fell through due to conflict of interest questions.

“I’m not eligible for any additional pension,” he stated. “I won’t receive any fringe benefits, if elected.” Regarding critics’ suggestions that he may be looking for additional pension in this election, “any statements like that are disingenuous and untrue.”

Regarding his relationship to the board, he said, “I have never met the President of the board. I know and get along with Jim Kelly, Dick Hoy. [Priscilla] Schreiber is a friend of mine, and I’ve met and I like Gary Woods. I disagree with anyone who thinks the Alpine high school shouldn’t be built. Their [the board’s] problem is amongst themselves.”

He has also added that, “I’m proud of certain things. As a member of the Healthcare district, I defended the interests of residents by challenging the sweetheart lease of Grossmont Hospital to Sharp Healthcare. I initiated the lawsuit that resulted in a $5 million settlement with Sharp. I led the fight to build Grossmont Healthcare District Center in La Mesa, consisting of district offices, the Herrick Medical Library, and the Grossmont Healthcare District Conference Center, which has been named after me.”

He is married to Betty, who is a R.N., and they reside in La Mesa.