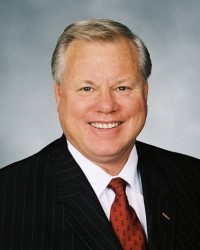 June 4, 2014 (San Diego)--In the hotly contested County supervisorial race in District 5, Supervisor Bill Horn appears to have narrowly edged out Oceanside Mayor and fellow Republican Bill Wood.  Horn is up by approximately 51% to 49%, with all precincts counting but many absentee ballots yet to be tallied.

Horn drew controversy during the campaign amid revelations that he misused a religious charity to shelter his income from real estate deals – actions that five tax experts have said were illegal.