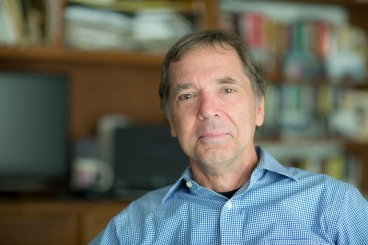 March 8, 2021 (San Diego) -- Dean Nelson, founder and director of the journalism program at Point Loma Nazarene University (PLNU), will share his favorite writing tips for the San Diego Press Club’s next “Write Better Right Now,” a one-hour, writing improvement webinar from 6 to 7 p.m., Tuesday, March 16. The free webinar, held over the Zoom video-conferencing platform, is open to the public. To register, visit www.sdpressclub.org.

The webinar will include Nelson sharing his best writing tips he’s learned during his 40-year journalism and teaching career, followed by a question-and-answer time. Moderator for the March 16 webinar will be Cliff Albert, a San Diego Press Club board member and news director at KOGO-AM Newsradio 600. Albert also has served as a guest lecturer and adjunct professor for journalism classes at San Diego State University and PLNU.

The “Write Better Right Now” webinar is part of an ongoing Press Club “Nuts and Bolts” series featuring veteran journalists sharing their favorite writing tips they’ve learned during their careers. Webinars are recorded and a web link will appear on the Press Club website for viewing at a later date.

Nelson’s most recent book, “Talk to Me: How to Ask Better Questions, Get Better Answers, and Interview Anyone Like a Pro.” published by Harper Collins, is currently being used by businesses, podcasters, journalism and PR staffs and professors around the world.

Nelson also is founder and host of the annual Writer’s Symposium by the Sea, held at PLNU. His byline has appeared in publications such as The New York Times, Boston Globe, USA Today, San Jose Mercury News, The San Diego Union-Tribune, Minneapolis Star-Tribune, San Diego Magazine and Westways magazine.

Albert, one of San Diego’s leading radio news personalities for the past 35 years, has won numerous awards for writing and broadcasting including several Golden Mikes from the Radio & Television News Association. He also has received top honors from the Associated Press, Society of Professional Journalists, San Diego Press Club and National Headliners Club. His “Cliff Notes on the News” commentaries have been heard weekday mornings on KOGO-AM since 1997.  Albert was news director at KFMB radio from 1979 to through 1996 and director of news and programming at KOGO radio from 1996 through 2013. In 2014, he returned to KOGO as news director.