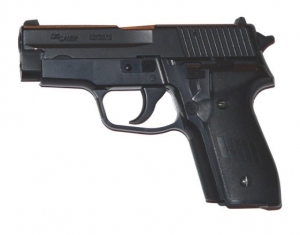 Updated August 6, 2015 (San Diego's East County) --As the narrative goes, Juan Francisco López-Sánchez, an illegal immigrant with a long criminal history in the United States, who had been deported several times, was to be deported again; but San Francisco’s sanctuary law delayed handing him over to the Immigration and Nationalization Service. López-Sánchez claims he found the gun and was shooting at sea lions, not Ms. Steinle. There is no evidence that he was trying to rob Ms Steinle, nor even confronted her, so his claim may be true. However, an investigation found that the gun was stolen from a federal agent’s car. Whether López-Sánchez actually was the person who stole the gun from the car or how he obtained the gun is unclear at this time. In either case, he is still guilty of manslaughter, whether shooting at sea lions, at tin cans, or in the air, his actions, together with his previous criminal history, should get the maximum sentence.

However, what is missing from the narrative is why it was so easy for López-Sánchez to get a gun.