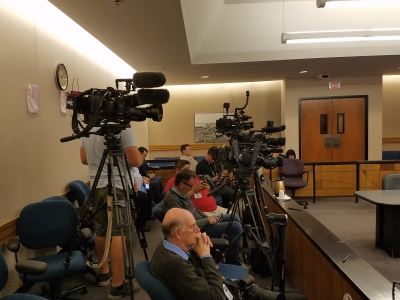 Despite dissolution put in force by LAFCO and County authorities, volunteers and supporters can stay in station at least 30 days, Judge Trapp rules

Instead, the Judge pushed both sides to hammer out a compromise agreement that  allows former volunteer firefighters and their supporters to remain in station 57 for at least 30 days while the legal issues work their way through the court system.

Calls will be responded to by the County Fire Authority/Cal Fire and the County will have a right to inspect the station daily, with specifications.