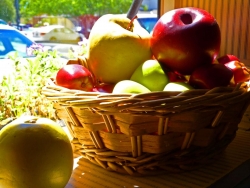 In 1907, Julian apples won the prestigious Wilder Medal, the highest award given by the American Pomological Society. Hard-working ranchers wanted to celebrate, town leaders wanted to interest outsiders in Julian’s future so preparations got underway for a great event, a harvest home, a fall festival—and they called it Apple Day. On October 9, 1909, colorful displays of apples were set up in Town Hall, there was an all-night dance, free food, some speeches and a baseball game with Ramona. Other original activities included foot racing, rooster-pulling on horseback, and fancy riding tricks by individual horsemen. Newspaper accounts estimated the crowd from 200 to 2,000. 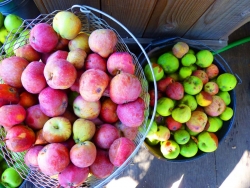 There’s plenty of free parking for the Apple Days Festival available at Menghini Winery, located at the end of Farmer Road, about 2 miles out of downtown Julian. Last year’s festival attracted over 3,000 visitors. 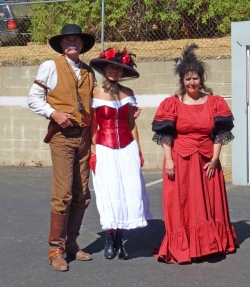 There will also be a variety of other events throughout the town and surrounding areas this weekend, including an Oktoberfest at the Rabobank Parking lot on Main Street, the 13th Annual Laguna Mountain Rendezvous in Santa Ysabel, the OId Time Melodrama & Olio performance at Town Hall, wine tours, a Country Market at Wynola Junction Antiques, and entertainment by Julian’s Doves & Desperadoes.

For a full two-month schedule of events and more information, please visit www.julianevents.org.