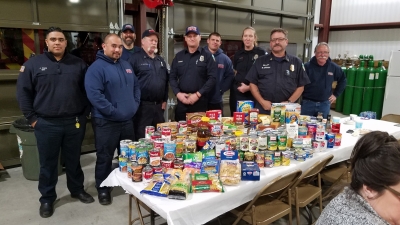 January 24, 2019 (Julian) –“We’re rising from the ashes and we will emerge like the Phoenix, even better than before we were,” Julian-Cuyamaca Fire Protection District Battalion Chief Mike Van Bibber told a crowd of some 75 citizens at a spaghetti dinner held Sunday in the main stationhouse on Highway79.

The mood was buoyant, despite storm clouds still looming over the district. A special election to save the county’s last volunteer fire department is slated for March, after residents gathered enough signatures to put the decision on the ballot and temporarily block takeover by the County Fire Department run by Cal-Fire.