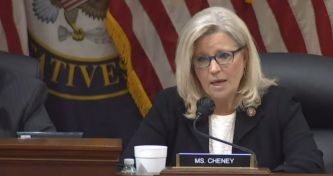 By Christianne McCormick and Miriam Raftery

Testimony revealed that instead of conceding the election after extensive briefings by top legal advisors informing him that he lost, Trump instead took actions that incited violence and inspired coordination among extremist groups including the Oath Keepers and Proud Boys, whose leaders have been charged with seditious conspiracy. Evidence also showed coordination between key Trump advisors and extremist leaders in the days leading up to the January 6th insurrection. A former Oath Keepers member testified to how he was swayed by Trump's deceptions and a documentary filimmaker confirmed the group's violent intentions.

Trump's White House Counsel Pat Cippolone, former Attorney General Bill Barr and others have testified that Trump was fully informed that no fraud sufficient to overturn election results had been found, after 60 judges found no evidence to overturn any election results. But the President continued to spread the false claim that the election was stolen, pressured Vice President Mike Pence to illegally stop certification of electoral votes, and sought to corrupt the Department of Justice to make false claims.

Republican Senator Liz Cheney said of Trump, “He had access to more information than almost any other American that the election was not stolen,” adding, “No rational or sane man could ignore that or reach an opposite conclusion.” Yet Trump ignored advice of top legal advisors and his own campaign chairman, relying instead on unsubstantiated and debunked legal theories promoted by his personal attorney, Rudy Giiuliani,

The committee presented evidence laying out a disturbing timeline of events: