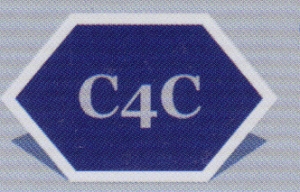 Coalition leaders of civil and human rights groups say the Justice Department has intentionally misplaced the statute in the Howard/Megginson federal employment case.  The coalition of leaders say 28 U.S.C. § 2401 (a) does not apply to the federal redress system because Title VII of the Civil Rights Act of 1964 (Title VII), establishes specific times when a federal employee "may file a civil action" for employment discrimination.

Court records show that the longstanding case of Howard / Megginson (Civil Action No. 05-1968), arose from an employment race-based class action against the Department of Commerce (DoC).   Howard filed the class complaint in 1995. She alleged that the DoC violated Title VII, by using overly subjective performance-appraisal criteria that resulted in a disparate impact on African American employees with respect to promotions and promotion-related opportunities.  After pursuing the class complaint in the administrative process for ten years, Janet Howard, along with Joyce E. Megginson and others, filed suit on October 5, 2005 in the U.S. District Court of the District of Columbia.

Motions to the court unveil how Justice Department attorneys sought, over the years, to have the claims of Howard / Megginson "dismissed" to prevent the case from going to trial.

On September 19, 2012, the presiding U.S. District Court Judge John D. Bates, granted the DoJ's motion to dismiss the Howard/Megginson v Pritzker complaint for lack of subject matter jurisdiction.  Judge Bates stated that the plaintiffs claims were "barred by § 2401(a) because they accrued six years before the date of the original complaint."

In November 2012, Howard and Megginson appealed Judge Bates decision to the U.S. Court of Appeals for the District of Columbia Circuit (CADC). The Court of Appeals heard oral arguments on October 10, 2014. The court-appointed law firm of Jenner & Block, LLP, prepared an amicus curaie brief and argued the case for the appellants Howard and Megginson (Cas. Nos. 12-5370 and 12-5392).

"I am so proud to share this moment in history with Janet Howard and Joyce E. Megginson," said Tanya Ward Jordan, President of The Coalition For Change, Inc. (C4C).  "They have sacrificed much in their unwaivering pursuit for justice and for racial equality in the federal workplace.  Over two decades, they have fought a "David and Goliath" battle, proceeding much of the time "pro se" while standing firmly against DoJ's Assistant United States Attorneys (AUSA) and standing with the conviction that  - "all men and women God created are equal."

Jordan stated that during the oral arguments held before the Court of Appeals, she witnessed a DoJ  Assistant United States Attorney robustly defend a redress scheme that conflicts with Title VII of the Civil Rights Act (CRA) of 1964. "I was beyond dismayed that in the very year our country celebrates the 50th anniversary of the CRA of 1964, that a Justice Department attorney would wholly and unambiguously argue to restrict the access of federal Equal Employment Opportunity (EEO) complainants to the courts based on 28 U.S.C. § 2401. Where is the EEOC on this challenging issue facing America's civil servants who lodge discrimination complaints?” asked Jordan.

“The preposterous argument that the Justice Department espouses in the Howard/Megginson case is of critical concern to civil and human rights groups,” said  Michael McCray, General Counsel, Federally Employed Women / Legal Education Fund.  “The U.S. Department of Justice is supposed to ensure fair and impartial administration of justice for all Americans, yet, now under the Obama administration it attempts to weaken/eliminate the rights of federal employees who assert discrimination claims.  It is a way to “back door” and enfeeble Title VII. The courts have long held that Title VII is the exclusive remedy for workplace discrimination claims for federal employees. Congress established specific time periods in 42 USC § 2000e-16 for federal employees to bring suit for employment discrimination. Therefore, the general limitations period of 28 USC §2401(a) that the DoJ now asserts simply should not apply.”

“Should the Court of Appeals accept the DoJ’s six-year time bar contention, it may likely diminish a federal employee’s ability to file a discrimination class suit,” said Paulette Taylor, the C4C’s Civil Rights Chair.  “The federal complaint procedures require employees to engage in an administrative process that the agency/EEOC largely controls. Many agencies ignore regulatory timeframes. Agency officials routinely cause delays which adversely impacts the complainant's case. Yet, the Justice Department intends to impose a cap which would limit the time a complainant has available to resolve claims at the administrative level. Rather that attacking "Title VII" the Justice Department should strongly encourage the EEOC to sanction an agency for failing to comply  with regulatory complaint processing requirements. Agency officials commonly without a worry drag class complaints out for years because taxpayers foot the bill,” explained Ms. Taylor, who also serves as President, Black Females For Justice II (BFFJ II) at Social Security Administration, Inc., and as class agent in a race-based class action discrimination case against the U.S. Social Security Administration (SSA). The EEOC certified SSA class complaint is now in its tenth (10th) year. (Taylor, Harley, et al v SSA, Agency Nos. SSA 03-0228, SSA 03-0224).

“The DoJ’s time bar tactic, as introduced in the Howard/Megginson suit against the Commerce Department, serves to suppress valid discrimination claims raised in the administrative process.  It also serves to shield the guilty parties within Departments, like Agriculture, by branding complaints of reprisal and harassment as untimely filed,”said Lawrence Lucas, President of the USDA Coalition of Minority Employees. “The U.S. Department of Agriculture (USDA) has a notorious record of mishandling EEO complaints and DoJ, as legal counsel for the Federal government, protects public officials, who engage in unlawful, and at times predatory, acts in the federal workplace.”

Retired Chief Deputy U.S. Marshal Matthew Fogg, who also serves as the Executive Director of Congress Against Racism and Corruption in Law Enforcement (CARCLE), said, “the U.S. Department of Justice’s six-year jurisdictional argument certainly creates a perverse incentive for Federal agencies, like the DoJ’s own U.S. Marshal Service, to simply ignore EEO cases. In July 2012, I finally received a decision from the EEOC on a class action I filed back in 1994.  Government officials had mishandled the class action.” [Fogg v Holder, Hearing No. 570-2006-00483X].

Having announced their grave concerns about DoJ's recent maneuvers in the Howard/Megginson case, the coalition of civil rights leaders now look to President Obama, as head of the executive branch of government, to take immediate corrective steps to address the U.S. Department of Justice's attorneys 28 U.S.C. § 2401 (a) time bar scheme.  The group says truncating the administrative process sorely undermines Title VII of the Civil Right Act of 1964, as amended in 1972, and obstructs the Congressional intent behind Title VII which is to  encourage claimants to fully pursue administrative remedies before filing suit in court.

The C4C is a proactive non-profit civil rights organization and support network incorporated in Washington, D.C., on January 22, 2009.  The C4C members volunteer their time, talent and resources to address racial injustice and reprisal in federal employment. The C4C is comprised of former and present Federal employees who have been injured or mistreated due to employment race discrimination and/or reprisal. (http://www.coalition4change.org/)

It is most disconcerting that Fifty Years after the Passage of the Civil Rights Act of 1964, that the U.S. Department of Justice would engage in maneuvers to undermine federal worker's right to access the courts. However, the U.S. Department of Justice (DoJ) has major problems within its own ranks. It has been reported that the law enforcement agency maintains a "hostile work" climate. See video where retired Deputy Marshal asserts he is a "survivor" of a hostile work environment and discusses a DoJ workplace more like a "COMBAT ZONE." http://youtu.be/FPSpzhmm2ZQ
I am most appreciative that East County Magazine has addressed this very important issue. For years, civil servants in the federal sector, who we rely on to uphold the public trust, have been able to access the courts pursuant to the timeframes outlined in the Civil Rights Act of 1964, as amended in 1972. Now...in 2014 the U.S. Department of Commerce seeks to "change the rules" ---- 50 years after the passage of the Act. Why? In the recent case of Howard v Pritzker, the U.S. Department of Justice argued before a three member judge panel to impose timeframes and to "restrict" federal workers court access when reporting discrimination in the federal workplace. For twenty years the plaintiffs in te Howard, v Pritzker case have been trying to get justice. Instead of providing an avenue where complainants can have their case heard fairly; U.S. Department of Justice attorneys have sought to bury the truth and find ways to have concerns raised by civil servants (past and present) dismissed without ever being heard on their merits.
The "Project on Government Oversight (POGO)" issued a report dated March 12, 2014 stating: "Hundreds of Justice Department Attorneys Violated Professional Rules, Laws, or Ethical Standards." The report further stated: "Administration Won't Name Offending Prosecutors." Questions regarding this report should be directed to Joe Newman, Director of Communications at jnewman@pogo.org or (202) 347-1122. In an overview of this report by POGO it states: "An internal affairs office at the Justice Department has found that, over the last decade, hundreds of federal prosecutors and other Justice employees violated rules, laws, or ethical standards governing their work. The violations include instances in which attorneys who have a duty to uphold justice have, according to the internal affairs office, misled courts, withheld evidence that could have helped defendants, abused prosecutorial and investigative power, and violated constitutional rights."