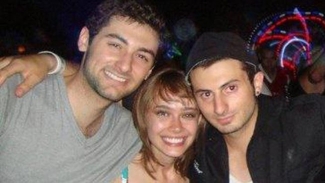 April 14, 2014 (Lakeside) - Last year on Christmas Eve, Salvatore Belvedere and his brother’s fiancé, Ilona Flint, were found mortally wounded in a vehicle parked at Mission Valley Center.  Flint managed to call 911 despite having been shot in the head.  She died at the scene and her finance later succumbed to his wounds at a hospital. Both were 22 years old.