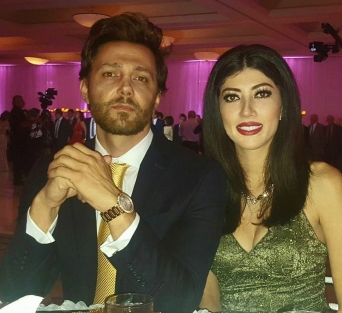 October 2, 2018 (El Cajon) – A process server has filed a report with El Cajon Police (incident #938) accusing Councilman Ben Kalasho of threatening him with an attack dog on September 26.  The incident comes on the heels of a similar police complaint filed by East County Magazine reporter Paul Kruze, who reported that Kalasho threatened him with the same dog in July.

According to an email sent by Knox Services, the process server company, to attorney Jennifer Hasso, the threat occurred while a process server was attempting to serve Jessica Kalasho, the Councilman’s wife, at their residence regarding a civil lawsuit in which the Kalashos are accused of harassing and defaming multiple plaintiffs. ECM has viewed a copy of that letter with the police incident number.

The e-mail states that the process server reported that Kalasho said his wife was not home, after which he “proceeded to threaten me with his dog. He told me he would let his dog `take my shirt’ as he let the dog lunge at me while on a leash. This happened a couple more times, then he stated he would let the dog `take my shorts.’ I had to call the police and file a report. He was very hostile.”

A Knox representative advised Hasso, “We will be placing your order on hold,” due to the threat, adding, “we will not be able to go back to the property unless accompanied by an officer to keep the peace.”

ECM has contacted the El Cajon Police to ask if an officer has been provided and whether action will be taken to investigate the claim and hold Councilman Kalasho accountable.

This is not the first time Kalasho has been accusing of threatening someone with his trained attack dog, Zoltan. (Video posted by Kalasho on social media has shown the dog being trained to attack Kalasho, who wore arm padding for the demonstration.)

Kruze, ECM's reporter, filed an incident report against Kalasho for threatening Kruze with the same dog in the parking lot outside Office Depot at Parkway Plaza, where Kruze had taken a photo of Kalasho’s campaign vehicle.  Kruze told police Kalasho advanced the dog, snarling and snapping, toward him, while Kalasho laughed and stated, “I’m going to take you down.”

A Reader article noted that Kalasho admitted he recognized Kruze as a reporter who had previously written numerous articles about him. Though Kruze was unarmed, Kalasho has claimed on social media that he and his wife felt threatened but has not revealed any reason for this.  The Society of Professional Journalists issued a statement defending Kruze and calling on the El Cajon Police Department to conduct a thorough investigation. The U.S. Press Freedom tracker also voiced concerns over Kalasho's threat against Kruze.

Kalasho has repeatedly stated that he does not wish to be contacted by ECM and has derided our publication as “fake news.” Kruze and ECM editor Miriam Raftery recently won the Society of Professional Journalists’ prestigious Gloria Penner Award for political reporting for our entry, “Kalasho threats,” covering alleged threats by Kalasho against other people—before Kalasho later threatened our reporter and now, allegedly, a process server, with his attack dog.

On social media, Kalasho has claimed the incident with the process server "didn't happen" when a 10 News reporter reportedly contacted him.

Hiding behind a dumb Animal to fight his battles for him. How much lower can this guy go?.