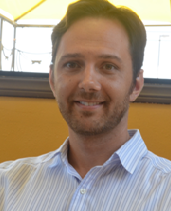 Reporting San Diego sat down on August 22 in Santee with Ben Kalasho, a leader in the Chaldean community, to discuss genocide in Iraq. Excerpts below are reprinted with permission.

Aug. 24, 2014 (Santee)--“All those people who you see on the mountain side on Sinjar, sleeping on what seems to be the front of churches, those people were homeowners, they owned vehicles, they had jobs or owned businesses and are now homeless,” said Ben Kalasho, a leader in the Chaldean community and President of the East County Chaldean-American Chamber of Commerce.

According to Kalasho,600,000 people are internally displaced in Iraq. This is an almost incomprehensible number, but we cannot turn away from it.

Our leaders, starting with the President, have mentioned the Yazidis, who are an ancient people that precede Islam and Christianity in Iraq. But the plight of other minorities, including Christian Chaldeans, Siriacs and others has not drawn the same level of national media attention.

Kalasho intends to open the conversation and raise funds at the same time help the victims of genocide. But before we tell y 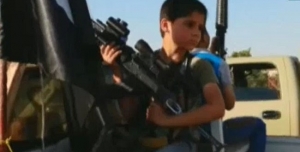 ou how, here is what it’s happening, and we should not hide our heads in the sand.

Islamic State of Iraq and the Levant (ISIL, also referred as ISIS, both terms were self assigned) is currently using child soldiers, which is considered a war crime and a prelude to genocide.

What are some of the acts that have been committed in Iraq by ISIS? Among them, they have buried adults alive, they have crucified people, and they have beheaded both adults and children. They have also made their victims dig trenches and lay in them, to be shot to death. The goal of ISIS is pure and simple: Ethnic and religious cleansing. 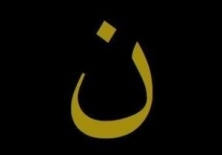 What they have done, we have not seen on such a horrific scale since the Holocaust during World War II. There have been other genocides, but the methods have a lot in common with the Holocaust. Among them is the act of using an identifying sign so ISIS knows where their victims live. In this case, it is the letter N, in Arabic, which stands for Nasrani, meaning from Nazareth, Christian. http://www.aina.org/news/20140719115241.htm The Germans used a Star of David and the word Jude.

Kalasho spoke of the Holocaust and how photos of the period sent chills down his back and made him wonder how can humans be this cruel? The questions that were asked back then after it was over, and later in schools, need to be asked again, he believes.

He also indicated that there is a division within the community on how to respond to this new genocide. Some people in the community want to extract as many people as they can, making it easier for people to emigrate to safe havens, mostly in the West.

Kalasho is part of a group that is asking for a 19th province on the plains of Niniveh, a safe haven, where all persecuted minorities can live on the land they have occupied for thousands of years. Mass evacuation is giving ISIS what they want, he contends.

This division as to how to respond to these horrors was also present within the American Jewish Community in World War II. There are significant differences, since the Obama administration is taking some action already, while the Roosevelt Administration was not really active in prevention of massacres. http://www.history.com/topics/world-war-ii/american-response-to-the-holo...

The American press did not cover those horrors either until almost the end of the war. Part of it is the climate of accepted anti-Semitism at the time. So if there is any good news, it is that the political environment is different.

Kalasho also said that neither the Peshmerga fighters in the Kurdish area, or the central government in Baghdad want U.S troops on the ground. What they do want are weapons and some training. ISIS captured a lot of American equipment that was left behind for the fledging Iraqi army, seizing the weapons as the Iraqi army melted outside Mosul under the ISIS invasion.

Younadam Kanna, a member of the Iraqi National Assembly, told Kalasho this, he said Kalasho is planning to travel to the United Nations to speak about the creation of this safe haven, and this with the Patriarch of the Chaldean Church in Babylon, Louis Sako, and Representative Kanna.

So what can you do? One of the responses to this horror has been to wear the N proudly, and not just among Chaldeans. The action turns a symbol of hate to a symbol of pride. This  is endorsed by the Pope and Patriarch Sako.

The pin was created as a way to raise funds to help victims of genocide, and to raise awareness. It is five dollars and you can find it at this website.