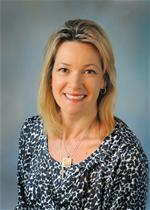 October 11, 2020 (La Mesa) – East County Magazine held a video interview via Zoom with Councilwoman Kristine Alessio, since she could not participate in our recent candidate form. She is one of six candidates running for two seats on the La Mesa City Council.

A native of La Mesa, she’s served on the Council since 2012 and was previously a planning commissioner. She holds a law degree and has been the city’s representative on SANDAG. She is also a former board member on the East County YMCA and East County Boys and Girls Club.  As candidate not aligned with a political party, she says she can represent all La Mesans, equally and fairly. She says La Mesa needs experienced leadership in the COVID-19 pandemic, a business friendly environment, public safety and preservation of neighborhood character.

Scroll down for highlights, or click here to view the full video interview:   https://youtu.be/GU7MibN3GlI

“Right now we are facing a very difficult time.COVID-19 has changed the situation substantially.”  La Mesa is sales-tax dependent and is operating in the red more than usual due to pensions, she says. “It’s not going to be an easy recovery.”  She wants to be sure we have public safety after the riot.  Alessio argues she has a background in municipal government and understands these issues, as well as land use matters. “We are looking at adding several hundred homes in the next few years.” Her background is in real estate and she s an attorney, who also owns a storage facility.

“I’m not affiliated with a political party,” added Alessio, who believes she provides an independent voice. “I left the Republican party when its leaders failed to denounce the racist attacks in Charlottesville, and I’ve never looked back,” she said.

She believes a balance is needed. No one should feel mistreated by police or unwelcome in La Mesa, she said, adding La Mesa  needs to come together to be “welcoming to everyone” while also supporting police. She said the city has lost some officers. “They are going to need some additional funding,” but also need burden taken off them for homeless and things that are not major crimes.  She notes the city is moving forward on a citizens oversight commission for police, but adds that police need support from public officials.

She wants the city to have an alternate dispatch for Nixel to keep the public informed during an emergency. “If we’ve learned anything, we could get a remote location…a second location to communicate,” she says, adding that she’s raised this point and believes the report on the riots will bring more solutions to communicate better.

La Mesa has dedicated significant funds to its 40 or so homeless, but she wants to see the state be more proactive to address issues of those who are mentally ill. Locally she wants to see a commitment to build housing that homeless particularly families with children get homes.

She touts her experience as a La Mesa Planning Commissioner for 10 years and background in land use and development.  The General Plan has height requirements and a mixed use overlay. She supports housing but not drastic changes in neighborhood character. “I would not be in favor of building a giant 10 story building abutting a residential neighborhood or the historic district,” she said. She’s pushed for  a historic inventory now moving forward.

“We have a downtown that is operating under a very old specific plan. What we need to do is update that specific plan” and that should be transparent with community involvement.  “I have ideas that I may think are fabulous like creating a pedestrian bridge…a plaza…but I’m not the person who lives there or owns a business. I’m open to ideas. The downtown is a treasure…but we need to think of more places than downtown.” She says the banks are rebuilding and it’s not clear if Randall Lamb will sell its burned property, but right now we really need to kick into high gear to get community input and get a new downtown specific plan for that area.”

She praised the city’s actions regarding getting zoning for El Cajon Blvd. and University, which she said has “unlimited potential whether for more restaurants, little shops.”  Grossmont Center could be changed to add housing, more shops, but it’s private property so up to the owners.  A larger project on Alvarado at a mobile home park is looking for a specific plan, it could provide housing for students at SDSU.

Asked about her early support of some defender groups that arose after the riot, she likened herself to a Minneapolis councilman whose district was threatened by white racist “Antifa” people and he went out and met with that.  “If you’re an elected official you need to have your eyes and ears” open to monitor protesters and counter protesters.

“Having been there, with burning embers from the bank, watching someone’s shop being broken into and screaming at people to get away, I still believe that civil defense and an ability to defend your business – not yelling racial slurs or instigating people, is paramount. That’s a right, she says. “Business owners were terrified; things were burning around them. But taking up posse comitatus, military thing, is different and the two get confused…If somebody throws an incendiary device into a business they should be able to protect themselves…but protesters shouldn’t feel threatened…people on both sides get over-zealous…it’s difficult to say all the people on one side are bad. People have a right to protest, and people have a right to protect their business.”

She quoted humanitarian Albert Schweitzer, who stated, “In gratitude for your good fortune you must render some sacrifice of your good fortune for another life.” She says she’s lived by this philosophy, supporting Friends of the Library and the La Mesa Historical Society. In an emotional tone, she spoke of using her inheritance to honor her mother’s wishes, financially supporting causes such as the East County Boys and Girls Club, La Mesa Parks and Recreation Foundation and more. She also has volunteered to do pet therapy and does cat rescue. “There’s such a need to give back to your community,” she said.

She suggests mortgage relief should be considered if there is more CARES Act funding, as well as potentially businesses and renters. She also noted commercial landlords are struggling without rent. “La Mesa never did any commercial evictions so tenants are backwards in their rent and how long can you expect landlords to hold on?” she asked.

To raise revenues the key is selling La Mesa as a good place to do business, whether chains, a group of businesses, or a car dealership, more economic development needs to be done to boost sales tax revenues. “I’m very happy with the new city manager who is out there actively recruiting businesses to come to La Mesa.”

She believes she’s served the public well with an “independent streak” to get things done for La Mesa by crossing political lines when needed.  She cited the city’s climate action plan and increase in affordable homes as examples. “You may not always agree with me, but I will always be straight honest with you and I will always work for you, the citizens of La Mesa.”  She listed her cell phone, (619) 806-4058, and website www.Alessio2020.com and encouraged calls if you have an issue or need help.

For information on all candidates in the La Mesa City Council race, visit https://www.eastcountymagazine.org/view-video-la-mesa-city-council-candidates-forum.