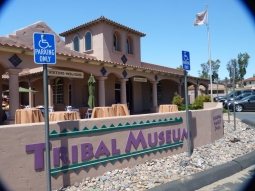 June 25, 2015 (San Diego’s East County) – Only about 100 fluent speakers of the Kuyemaay dialect remain -- and most of thoe are in Mexico, Margaret Field, a professor of American Indian Studies at San Diego State University told the San Diego Union-Tribune. She added, “All indigenous languages around the world are endangered, in that they could disappear within a generation or two.”