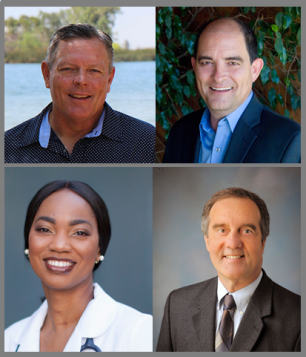 September 29, 2018 (La Mesa) – La Mesa Councilmembers Bill Baber and Guy McWhirter are running on their records. Their challengers, retired Sheriff’s commander Dave Myers and physician Akilah Weber, are running on the slogan “Elect a cop and a doc.” East County Magazine sat down with all four candidates on our radio show, originally aired on KNSJ.

You can click the audio links at the bottom of this story to hear each interview, and scroll down for highlights. Candidates are listed in the order that they scheduled their interviews.