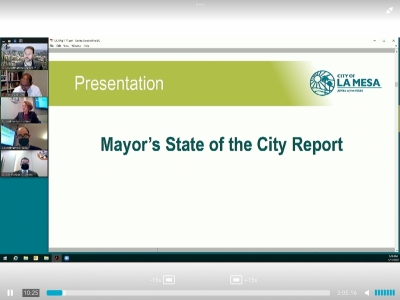 Updated January 17 with comments from Councilmember Lothian and clarification that the Council has been meeting virtually since the pandemic began and voted to extend virtual meetings.

January 14, 2022 (La Mesa) - The La Mesa City Council held its first meeting of the new year on Tuesday. Mayor Mark Arapostathis opened with his State of the City speech, calling the city “strong.”