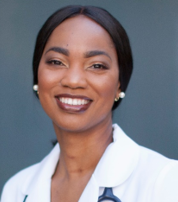 May 31, 2021 (La Mesa) - The La Mesa City Council is on track to fill  Dr. Akilah Weber’s former seat with a special election, but the date remains uncertain. The vacancy occurred after Dr. Weber won a special election to the state Assembly, filling a vacancy left when her mother, Shirley Weber PhD, was appointed Secretary of State.

The Council has until a June 18 deadline to announce an appointment process or call for an election, under the city charter. But on April 27, the Council meeting ended in no decision after a 2-2 vote, with Mayor Mark Arapostathis and Councilman Bill Baber in favor of an election and Councilmen Jack Shu and Colin Parent in favor of an appointment.  So the Council agreed to postpone its decision until the May 11 Council meeting.

On May 11, a still divided Council agreed to monitor the California Secretary of State's office for announcements of the recall election for Governor Gavin Newsom, since a special election for Dr. Weber’s seat would be less costly if timed to coincide with the statewide recall race and should also generate higher voter turnout.

However, the state’s deadline to announce the gubernatorial recall election isn’t until July 11, which could come too late for La Mesa’s June 18 deadline.

At the May 11 meeting, all members of the La Mesa City Council stated that they are in favor of scheduling an emergency meeting on or before June 18, as soon as the recall election date is announced. If no announcement from the state is made by then, the Council will determine a date to vote on Dr. Weber’s replacement.

The public comments from both meetings showed more residents were in favor of allowing a special election, and many cited apprehension over an appointment leaving out crucial representation.

“There were 103 e-mails in favor of holding a special election and 13 emails in favor of a Council appointment received before the 4 p.m. public comment policy deadline,” La Mesa City Clerk Megan Weigleman said.

With Dr. Weber no longer on the City Council, there are no women and no Black members, leaving out representation for key constituencies that helped elect Weber. Many people making public comments also shared concerns over potential conflicts of interest with any possible appointees, an issue that has come up with Councilman Colin Parent in the past.

Those who wanted an appointment stated they believe that a special election, which will cost hundreds of thousands of dollars, is a poor use of taxpayers’ money; others said an appointment selection is part of the City Council’s responsibility.

At the May 11 Council meeting, Weigleman stated that San Diego County did confirm that it would likely be able to support an all-mail ballot special election, a concern that had been brought up in April during the first discussion. However, the County also stated that an all-mail ballot cannot take place on a regularly established election date per the elections code, which this year is November 2.

Councilman Parent was not a fan of holding a special election due to concerns over voters having their voices heard. He noted that for the last special election, the voter turnout was under 20%. Parent also stated if an election happens there should be as many efforts as possible to engage voters and create a higher turnout. 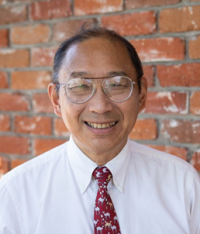