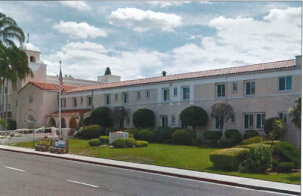 The Council will also be considering eliminating the city’s Design Review Board (DRB) due to questions that arose over its composition that includes two city employees and a landscape architect whose firm previously worked on another project by the Little Flower Haven developer.

The project stalled when Council deadlocked 2-2 on August 8th, blocking the project from moving forward.  But on August 14th, an attorney representing developer Pathfinder Silvergate La Mesa LLC sent a letter threatening to file a lawsuit that could be “very costly for the City’s voters and taxpayers” unless Council reverses course and approves the recommendation of the Design Review Board to approve the controversial development within 10 days of its original rejection.

The project aims to address a shortage of affordable housing, but has drawn strong opposition from neighbors who have testified at the meeting and posted concerns in the Next Door online forum about negative impacts on parking.

The developer seeks to take advantage of a state law requiring a waiver of parking space requirements in exchange for dedicating 10 percent of the project’s units for affordable housing.

But neighbors say their older homes have mostly single-car garages, and already they must park a second vehicle on the street.  La Mesa’s regulations would normally require 260 parking spaces for the 130 units. The state mandated-waiver for affordable housing would require only 186 spaces, though Silvergate has proposed 193 spaces.  Residents fear that the shortfall of 67 spaces could lead to renters taking street parking needed by existing residents and their guests.  Project backers have suggested that due to proximity to public transit, some renters may not have vehicles, and claim parking concerns are overblown.

At the last meeting, Councilman Colin Parent recused himself due to having a residence near the property, per state law. Mayor Arapostathis and Councilman Bill Baber voted against the project, while Councilmembers Kristine Alessio and Guy McWhirter voted for it, as ECM reported.

Baber said he voted no based on concerns that two city staffers were on the Design Review Board, which he viewed as a conflict.  However, the city attorney has since concluded that there was nothing illegal about the board’s composition.

The letter from attorney Richard Schulman at HechtSolberg has that argument lacks “any merit whatsoever.”   Schulman notes that Council has ratified over 20 decisions by the board since 2015, including another project with a density bonus for which Council agreed to reduce the parking requirement.

Mayor Arapostathis told the San Diego Union-Tribune that he now believes the Council action was unlawful, suggesting he is likely to change his vote.

Councilwoman Alessio told ECM   in an email, “Basically we’ve no choice but to approve it,” adding that there is no precedent for the city to win a suit.  “I knew this when we initially heard the matter, which is why I voted as I did.”

Might the city seek changes at the state level for the future, since other developers may seek similar waivers for more affordable housing projects in additional neighborhoods?

Alessio told ECM, “Bill Baber is our League of Cities representative and I’m confident he will be sharing this experience at their annual conference which is coming up.”

Neighbors of the project, meanwhile, are expressing anger on the Next Door forum, with their resentment largely directed at the state Legislature for essentially tying the hands of local government to protect parking availability in their neighborhoods.

“If you are an individual, you are bound by the rules set by the local government. If you are a developer, you don't have to abide by the rules--you have friends in high places who make things easier for you,” one frustrated woman posted.

Another resident, Charles Moeller, suggested residents consult a lawyer of their own, to determine whether any legal challenges might be filed by residents impacted by the state-mandated law.

Both reconsideration of the Little Flower Haven project and the future of the Design Review Board will be heard by Council on September 12 at 4 p.m. in the City Council Chambers.