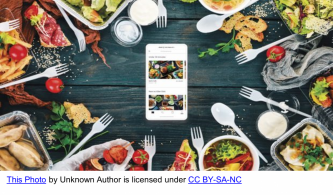 March 9, 2021 (La Mesa) – On January 26, the La Mesa City Council voted unanimously to pass a temporary emergency ordinance placing a cap on commissions that can be charged by delivery apps (Postmates, Uber Eats, etc.) to restaurants.

“People have been using delivery services during the pandemic at higher rates than they have in the past, myself included,” Councilmember Colin Parent said during the City Council meeting. “One of the things I’ve come to understand is some of those apps can charge really exorbitant fees.”

The ordinance, which was proposed by Parent, received overall support in comments by members of the public, which were read in the meeting by City Clerk Megan Wiegelman.

“No one should be allowed to make a killing off the pain of others,” community member Mary K. Fisher wrote. “Please protect our small businesses with a 15% cap on delivery fees.” 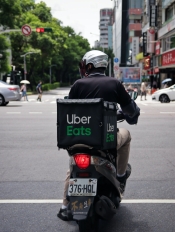 Cities, such as Los Angeles, Minneapolis, San Francisco, Chicago, Berkeley and San Diego have passed similar orders since the first months of the pandemic.

However, the delivery apps say that imposing these fee limits will cause harm to the overall industry.

KNPR reported that a spokesperson for Postmates said in a statement that limiting commissions makes it harder to operate and "kills the whole industry's ability to provide the services restaurants need to stay open during this national emergency."

In an interview with East County Magazine, Gonzalez said of delivery app services, “They're selling this to consumers as a cheap way, like no cost to them, but they're putting it all on the restaurants in a way that really does put mom and pop restaurants in a precarious situation, because they have no leverage to bargain with these companies.” 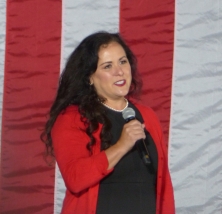 It’s currently awaiting committee assignment in the Assembly. Gonzales anticipates her bill would go into effect by January 2022, if approved by both houses of the Legislature and the Governor.

“We need to enable them (mom and pop restaurants) to not be gouged by these companies that, quite frankly, have shown themselves to engage in predatory behavior against restaurants, against workers, against customers, really anyone who will help them with their bottom line,” Gonzales concluded. “When we see predatory companies like this we need to engage in every regulation and that's what we're trying to do here.”