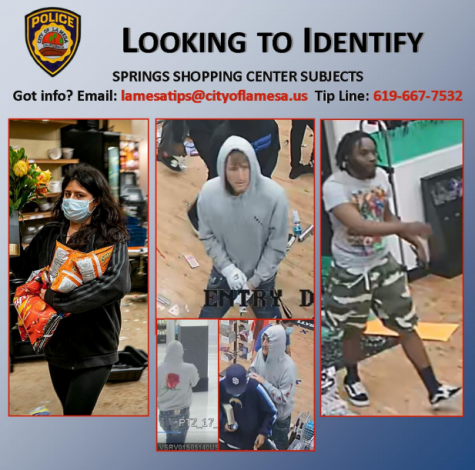 Police also released additional photos from Pierre’s in hopes that the public can again assist in identifying suspects involved in these crimes.

LMPD thanks the public for their help to identify the juveniles suspected of the crime’s at Pierre’s.

If anyone has information regarding the identity of any of the individuals in these photos, they are asked to contact the La Mesa Police Department at (619) 667-7532 or lamesatips@cityoflamesa.us.

They may also call Crime Stoppers’ anonymous toll-free tip line (888) 580-TIPS (or visit www.sdcrimestoppers.com). They can remain anonymous, and be eligible for a Crime Stoppers reward of up to $1,000 for information leading to an arrest in this case. 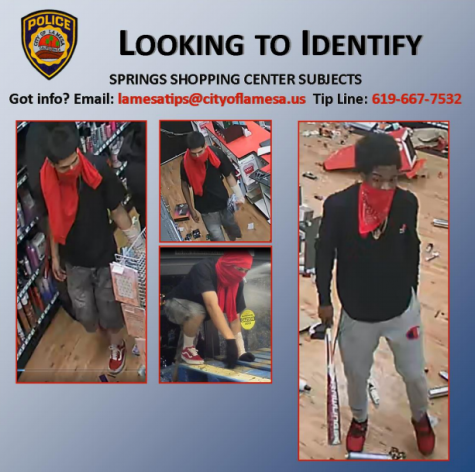 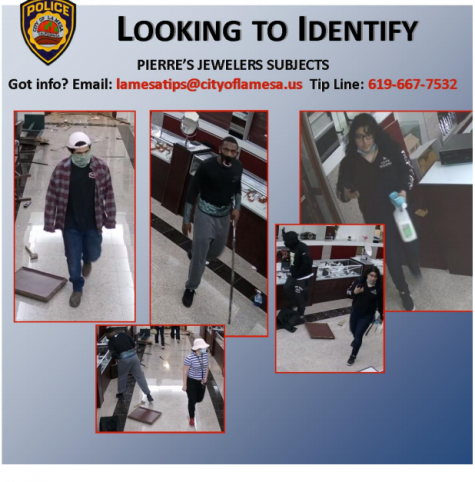