Update:  Mr. McKenzie has been found safely, ECM has been informed by family. 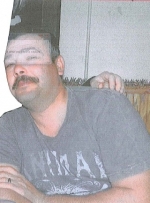 According to police, McKenzie had been going through marital difficulties and was having trouble coping at home and work.  He apologized to family in his note and is believed to have taken a SigSauer semi-automatic handgun with him.

The investigation in continuing. Anyone with information is urged to call the La Mesa Police Department at (619) 667-1400.