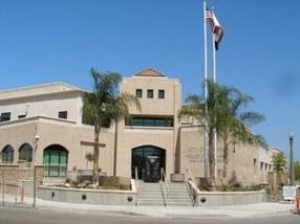 March 4, 2021 (La Mesa) -- The City of La Mesa today announced that it has hired executive recruiting firm Teri Black & Company (TBC) to conduct a nationwide search for its next Police Chief.

TBC was selected following the issuance of a Request for Qualifications and evaluation process by the City. According to the City, TBC has successfully recruited 10 police chiefs for California cities over the past 24 months.

TBC gathered feedback from the La Mesa community on its ideal qualities for the next Police Chief. Feedback included input from the City Council, the Citizen Public Safety Oversight Task Force, City staff, the Police Department, and focus groups with community leaders. A community meeting was held on December 7, 2020 and an online community survey was also conducted.

The application period was open from January 13 through February 15, 2021 and 25 applications were received. The applications are currently being screened using criteria developed through previously gathered stakeholder input. The next step will be to interview the most highly qualified candidates.

Two interview panels will be utilized for these interviews: a community stakeholder panel and a professional panel. The stakeholder panel will include representatives from: the La Mesa Community Police Oversight Board, the La Mesa Citizen Task Force on Homelessness, the local School District, the La Mesa Police Officer’s Association, and the faith based community. The professional panel will include executives working in local government in the San Diego region.

The top candidates will move on to the final interviews to be conducted with La Mesa staff. All interviews are expected to be completed by the end of March with a hire to be announced in April.

For additional information on the recruitment process please click the following link: https://www.cityoflamesa.us/1647/Police-Chief-Recruitment.