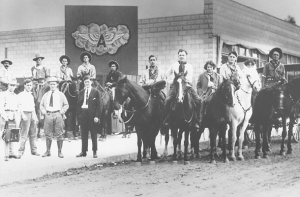 February 13, 2011 (La Mesa) – One hundred years ago, the Flying A silent movie studio opened its doors in downtown La Mesa. The studio produced over 150 silent films in 1911 and 1912, including some shot in La Mesa, other East County locations, and San Diego.

Allan Dwan, a writer who got his start in La Mesa by replacing a drunkard director to establish the local studio, later become a famous Hollywood director of such famed talking films as The Sands of Iwo Jima starring John Wayne and  Heidi with Shirley Temple.  He also directed Ronald Reagan in films such as Cattle Queen of Montana.

Most La Mesa residents are unaware of the colorful tales from their community’s silent movie-making past. Now, Wade Douglas wants to change that. 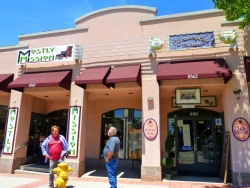 The La Mesa resident has done research and discovered that the original studio building still stands. He hopes to find one or more donors to fund a commemorative plaque for the building. He has formed The Flying A Committee , a subcommittee off the La Mesa Historical Society. Tax deductible donations can be made to the La Mesa Historical Society, a 501c3 nonprofit, with donations earmarked to the Flying A Commemoration Poject. 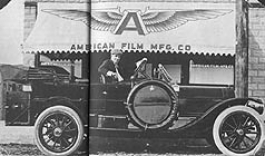 “I started the project because I live in downtown La Mesa and I like old things,” said Douglas, who restores vintage automobiles as a hobby. “I was landscaping my yard and included an old city sign.”

Intrigued to learn that the Flying A studio was purportedly once located just up the street, he began doing research. He found out that the building still exists on La Mesa Boulevard, facing south, just across from Third Street. Owners of the building, which currently houses Mission Furniture, are “enthusiastic” he said, adding that the block building still exists beneath a newer façade.

“I also learned that the Flying A centennial is coming up in 1911,” he said.  The City of La Mesa celebrates its own centennial the next year, in 1912.

The studio’s work is historically significant. “It was the third movie studio in California,” Douglas noted. “They opened two months before the first Hollywood studio.” 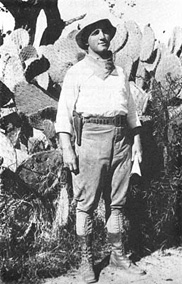 Dwan was a scenario writer for the American Film Company in Chicago when, as the legend goes, production from the company’s Flying A troupe of actors and cowboys in San Juan Capistrano came to a screeching halt. So AFC sent Dwan to California to find out why. Dwan arrived to learn that the director had gone on a drinking bender a couple of weeks earlier and never returned.

“Dwan sent a wire suggesting that they disband the troupe,” Douglas explained.

Instead, AFC wired a two-word reply: “You Direct."

“He told the crew, either I’m your new director or you’re out of a job. They told him `You’re the best director we’ve ever seen,’” Douglas said.

Dwan took the troupe first to Lakeside for filming, then opened up the studio in La Mesa. Scenes were filmed both inside the studio and on a vacant lot next door, as well as at other locations in East County. After running out of locations in the San Diego area in July 1912, Dwan moved the studio to Santa Barbara. 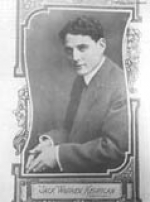 “Dwan was instrumental in bringing a lot of people into the industry,” said Douglas. Some achieved fame, including Marshall Neilan, a car salesman who showed up at the studio trying to sell Dwan a vehicle. “Dwan said, `Do you want to be in the movies?’ He became a star, and a big director, but then he drank himself to death.” Other stars included Broncho Billy, J. Warren Kerrigan, and Pauline Bush—who also became Dwan’s wife.

Films shot locally by the studio include The Ranchman’s Nerve in La Mesa and Three Million Dollars in Lakeside. Sadly, most of the films have not survived to the present day, or at least archived copies have not been found. Films ranged from melodramas to comedies to westerns, addressing such topics as horse thievery, water rights, kidnapping and cattle rustling.

Many had San Diego place names in their titles, such as The Mystical Maid of Jamacha Pass, The Winning of La Mesa, and The Land Baron of San Tee (Santee). Others evoked plot lines, such as The Poisoned Flume and An Assisted Elopement. Still others reflected characters, such as The Yiddisher Cowboy, The Cowboy Socialist, and the Rustler Sheriff. 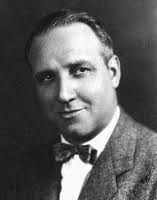 While film clips have been largely lost to the dustbin of history, many plot lines are accessible—and even a tad risque. For instance, Winning of La Mesa told the story of a gambling hall proprietor, Tex Garvin, and his lady of the evening, Pretty Peggy, who staves off jealous conflict when a handsome minister persuades her to reform her sinful ways.

At one point while in La Mesa, Dwan faced down a thug hired by the Edison Company’s patent enforcers, according to the Journal of San Diego History.

During the heyday of silent movies—the pop culture fad of the era-- films would often be accompanied by music from pipe organs or even orchestras in movie theaters. “There were early phonographs and Caruso (the famed opera singer) in that era,” Douglas recalls.

His ultimate dream, proposed by committee member Larry Zeiger, is to create a silent film festival in La Mesa to showcase both highlights of early silent movies—but also new silent films created in a special competition. "Larry not only taught film at Point Loma High School for more than three decades, he has also been heavily involved in organizing several major ongoing San Diego Film Festivals over the years, and a number of his students have gone on to major achievements in the Hollywood film industry," Douglas noted. 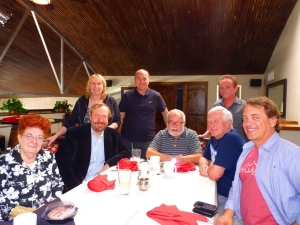 But the dream has been derailed at least temporarily. “Efforts slowed dramatically after Gordon Jones, one or our mainsprings in the effort, nearly died in October,” Douglas said. Jones, who suffered an aneurysm, came home from rehab in early February, but for now, any plans for a silent film festival have been put on hold.

“There are a lot of film festivals in the U.S., but none that showcase silent movies,” Douglas said in an interview shortly before Jones’ was hospitalized. “Participants would be invited to create new, short silent movies of around 5 or 10 minutes in the style of Dwan, with new music. “They could have any music, even rap,” he noted.

In that interview, Douglas said he hoped to gain support from visual and performing arts educators, as well as musicians. “I want to hold the first-ever silent film festival in the 21st century,” Douglas concluded. “If we can pull this off, it could become a more general film project on the history of film in La Mesa.”

If successful, the silent film festival could ultimately become an annual event, he suggested, maintaining a perpetual presence to assure that La Mesa’s silent movie-making heritage will not be lost to future generations.

To learn more about Allan Dwan and the Flying A studio, visit the San Diego Journal of History website at http://search.blossom.com/query/unlimited/851/log?key=allan+dwan

Two events colmmemorating the centennial of the Flying A Studio in La Mesa are planned in August. Details here:

Great article, but in fairness, I have to add that the concept of a silent film festival and student silent film competition are the brainchild of key Flying A Committee member Larry Zeiger. Larry not only taught film at Point Loma High School for more than three decades, he has also been heavily involved in organizing several major ongoing San Diego Film Festivals over the years, and a number of his students have gone on to major achievements in the Hollywood film industry.

We've added that information into the story.