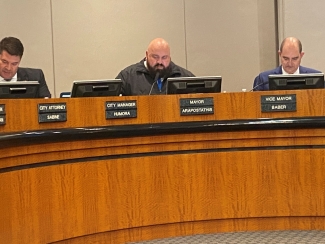 Story and photos by Kathleen Connell

January 17, 2020 (La Mesa) -- At its first meeting of 2020, the La Mesa City Council and Mayor Arapostathis considered legislation on the city docket ranging from expanding chicken ownership opportunities to snuffing out smoking in public places.

The Mayor presented his State of The City Address at the January 14th meeting at City Hall. He pointed out that “the City continued to work towards its Climate Action Plan goals by embracing Community Choice Aggregation (CCA), and becoming a founding member of The San Diego Community Power Joint Powers Authority.” He stated the CCA will eventually account for 32% of the City’s anticipated Green House Gas reduction, on a path to 100% renewable energy.