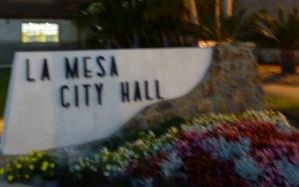 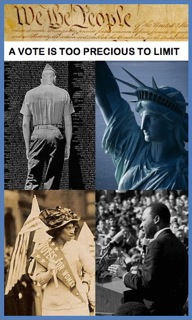 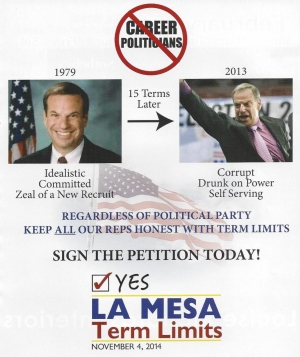 April 12, 2014 (La Mesa) – An ad sent in a mailer to La Mesa residents by the La Mesa Term Limits Committee is sparking controversy.  The ad, topped by a no career politicians message, has two photos of convicted former San Diego Mayor Bob Filner – one in 1979, labeled “idealistic, committed, zeal of a new recruit” and the second in 2013 labeled “corrupt, drunk on power, self serving.”  The ad then admonishes voters to “keep all our reps honest with term limits.”

“How could the innuendo in this not be profoundly offensive to the current La Mesa City Council?” asks Anthony McIvor, a La Mesa resident, who calls the mailer a “regrettable smear” piece.