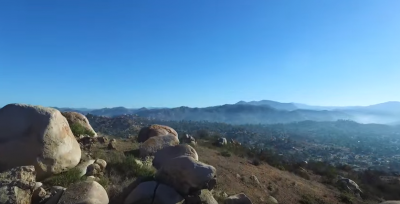 July 22, 2017 (Lakeside) – In a strongly worded “Eye on East County” column, Californian editor Albert Fulcher has criticized a proposal before the county to close three public trails in Lakeside, a proposal that he calls a “recipe for disaster.”

The proposal involves  Lakeside Downs  (parcel S302)  west of State Route 67  near Eucalyptus Hills and Oak Creek Drives. This land has been acquired by the Endangered Habitat League (EHL), which has previously shut down other public trails on land that it has obtained.