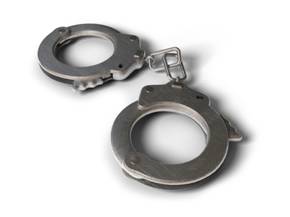 March 11, 2014 (Lakeside)—A Lakeside man who scaled a security gate and prompted a SWAT team standoff for several hours on Sunday at the FBI headquarters in San Diego has been charged with destruction property, said San Diego Special Agent in Charge Daphne Hearn.

Richard William Durant III, 36,  of Lakeside was arrested on Sunday, March 9 around 5:15 p.m.by members of an FBI SWAT Team at the San Diego FBI Office, located at 10385 Vista Sorrento Parkway. On Monday, March 10, a complaint was filed by an FBI Special Agent, and signed by a U.S. Magistrate Judge, U.S. District Court, Southern District of California, charging Durant with one count of violating Title 18, United States Code, Section 1361, Destruction of Government Property.

According to the complaint, on Sunday at approximately 11:30 a.m., Durant approached the visitor screening facility at the FBI San Diego Field Office.  Durant was contacted by a security officer at which time he responded words to the effect of: “I need to speak to a Federal Agent.  Don’t try to stop me.  I have weapons.”

Durant then fled from the guard and scaled the fence into the property of the FBI building.  Durant crossed the property, approached the main door and attempted to enter the FBI building.  The guard again approached Durant and Durant again responded to the guard with the words to the effect of: “I have weapons.”  Durant proceeded along the west side of the building where he again tried to gain access through an outside door and in so doing  ripped off a U shaped door handle approximately 12 inches in length.

While on the roof, Durant was contacted by San Diego Police Officers and subsequently by FBI Agents. Durant refused multiple requests to comply and remained on the roof.  While on the roof Durant used an unknown device to ignite a fire in the heating ventilation and air conditioning unit attached to the roof of the FBI building.  Simultaneous to the fire, FBI SWAT Agents intervened and took Durant into custody.  Following his arrest, Durant admitted that he had lit a fire on the roof.

Durant is currently being treated and evaluated at a local medical facility where he remains in the custody of the FBI. Upon his discharge from this facility it is anticipated that Durant will be booked into the Bureau of Prisons, Metropolitan Correctional Center.

The FBI was assisted by the San Diego Police Department and San Diego Fire Department during this incident.  This matter is being prosecuted by the U.S. Attorney’s Office.