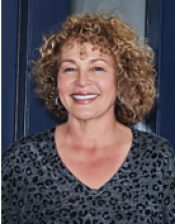 October 11, 2020 (La Mesa) – Laura Lothian is one of six candidates running for La Mesa City Council. ECM recently held a video interview via ZOOM with Lothian, she since was unable to participate in our candidate forum due to a scheduling conflict.

A realtor with a business in the downtown village, she is running to bring a business perspective to the City Council. She wants to reduce regulations and provide more freedoms for business owners. Beautifying the village area is also a priority of hers. Lothian serves on the La Mesa Village Association board  and has previously run for both council and mayor.

The interview covered a wide range of issues including the needs of local businesses, beautifying  La Mesa, police issues, housing and homelessness, and more.

Scroll down for highlights of our interview, or click here to view the full video interview:  https://www.youtube.com/watch?v=8HCss3QqeEk

A realtor since 2002 in La Mesa, Lothian believes her biggest qualification is “I come from the business world. I think with a business perspective.” She says she’s the top agent in La Mesa, which she achieved through hard work and listening to clients. The COVID-19 crisis has hurt businesses and she believes business owners need a voice on the counter.

One of her first steps would be education on problems of regulations. For instance, she recalls a fireman making her douse a scented candle she lit without a candle; permits are not allowed for this except for limited uses such as churches, she said, adding that this is one of many regulations. She wants to eliminate new ordinances that are stricter than Sacramento requires

“I love La Mesa,” says Lothian who praises parks and downtown as the “heartbeat” of the city. She served on the parking commission in the past and parking money wasn’t used adequately in her view.  She is on the board that brought the Farmer’s Market downtown, but realizes due to COVID a temporary relocation was needed. A native of La Mesa, she wants to see gardens like those in the Gardens District. She supports La Mesa Beautiful and also wants to bring in street-legal golf carts for residents of La Mesa without sales tax through a connection she has – an addition that would be similar to Coronado or Catalina.  She also supports the idea of a piazza style plaza on the site of the burned Randall Lamb building that could be used for events.

She again criticized excessive regulations that make it difficult, costly and time-consuming to remodel. One client said he ran out of money to finish a deck remodel due to paperwork costs. She wants to cut those costs.

She supports the “blue line” concept. “We’ve given our police a responsibility to protect our person and our property. I was here for the May 30th riots” during the day when peaceful and left at 9 p.m.”It was dark. It was dangerous. People were throwing rocks and Molotov cocktails. The police were overwhelmed…buildings were still burning the next morning.” She believes police did “everything they could.”

She says a citizens oversight committee is “not the right way to go.” She opposes this unless it is made up of former police/law enforcement.  As for the cases that led to the protests, she thinks police behaved “patiently” and appropriately. She blames the Amaurie Johnson incident near the trolley station on which the city’s ban on outdoor smoking in public places, since he was “hassled” by police for smoking a cigarette.  “I believe our police should be used for protecting the community, not hassling people.”

As for Black Lives Matter, she said “they have grievances and they have every First Amendment Right to protest” but says when looting or vandalism or rioting occurs, “I do not support violence at all.” She criticized cities that “acquiesced” to protests that got out of hand.

Regarding defender groups, such as La Mesa Civil Defense and East County Defenders, she denied knowledge of the organizations or allegations of racism, threats and violence. She said her knowledge was limited to seeing flag-waving defenders and protesters running from them.

She says homelessness is “not solvable by a city.”  She complained of homeless using a nearby building as a restroom and wants to see a porta potty with a hand washing station, though she acknowledges this does not come close to solving the root of the problem. She believes the state should build facilities for the homeless with services and counseling to help them – but only in more affordable areas, not higher real estate priced areas.  She simultaneously wants to  “ban living on the streets while giving them an alternative facility.”

She wants to grow revenues; she notes the move outside by restaurants through temporary regulatory relief.  “We’re going to take our boot off your neck and let you breathe,” she said. She hopes after the pandemic, the city will allow outdoor dining to continue for at least a few months to allow restaurants to recoup losses. “I would like to see that stay forever.”

Lothian owns a downtown business and is on the board of the La Mesa Village Association.  She says she would reuse herself from voting if the LMVA had an issue before the City Council. Asked about the prior business association that went under owing the city money, an organization she was also on the board of, she faulted the city for limiting an event to one day and having too early a curfew, which made the event lose money.

As for the new association, she said, “Everything they do is to bring business to downtown La Mesa” but also to help all of La Mesa by raising home values.

She thinks the current library is fine and given the budget shortfall from COVID, the first priorities must be safety and infrastructure. She would consider it in the future if there are “excessive funds.”

She is endorsed by the Republican Party and the pro-business Lincoln Club, and by Carl DeMaio.  Her website is https://www.lauraforlamesa.com/

“I love this city …I’m a big cheerleader for La Mesa,” she concludes, repeating that she will be a voice for businesses on the City Council.

For information on all candidates in this race, visit https://www.eastcountymagazine.org/view-video-la-mesa-city-council-candi...