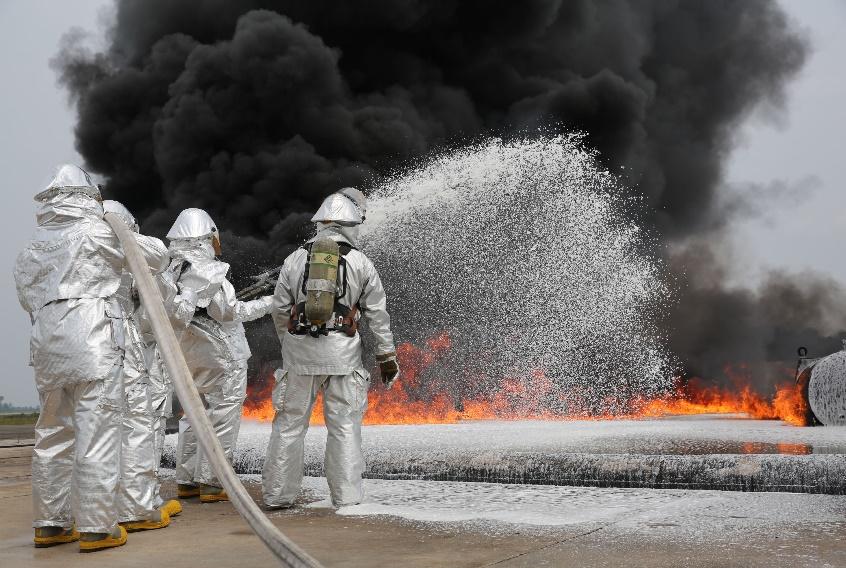 Feb. 23, 2021 (San Diego’s East County) – Law firms are soliciting former and current firefighters to file suits or share in settlements related to health issues caused by exposure to toxic PFAS/PFOS chemicals in the line of duty. Others impacted by these “forever” chemicals in firefighting foam or other products may also be eligible for compensation.

This solicitation stems out of a settlement the Dupont Company and its spinoff business, Chemours, et al, that have agreed to cover legal disputes for pollution and environmental liabilities from man-made chemicals related to increased risks of cancer and other health problems, according to ABC News. For more information on the settlement visit https://firefoamsettlement.com/

PFAS/PFOS continue to be used in firefighting foams used to fight fires at airports, military bases and industrial sites, though not brush fires.  Some firefighting protective gear has also exposed firefighters to these dangerous chemicals.

Some communities have received monies from water contamination caused by PFAS/PFOS. A verdict out of Ohio involved a class action lawsuit on behalf of 80,000 West Virginia and Ohio residents who drank contaminated water that was contaminated PFAS/PFOS toxic chemicals released by the Dupont facility near Parkersburg, West Virginia,

The movie “Dark Waters” (2019) is a true story of environmental attorney Robert Bilott’s successful effort to bring justice to residents affected by the chemical run-off of PFOS/PFOS near the West Virginia Dupont plant. The movie has many dramatic scenes – the death of a man Bilott was representing, a minor on a bike that smiles and has dark, stained teeth from the toxins, and even the livestock dying in mass from the exposure.

Bilott’s fight was not an easy one, which took time to secure justice for the West Virginia victims and ultimately lead to the banning of PFAS/PFOS in many products ranging from nonstick Teflon pans to Scotch-Guard carpet protection, fire-resistant clothing and more.

Additionally, a major manufacturer of firefighting foam, Tyco Fire Products, who produced AFFF (aqueous film forming foam), lost a class action suit that resulted in the town of Peshtigo, Wisconsin awarded a $17.5 million payout due to well-water contamination according to the DailyHornet.com.

Researchers from Harvard and Notre Dame published a peer-reviewed Journal of Exposure Science & Environmental Epidemiology that noted the presence of dust from “forever chemicals” in almost all fire stations, according to fireengineering.com.

Part of the Notre Dame and Harvard study witnessed researchers vacuuming floors of fire stations in Massachusetts for PFAS toxins. The article notes that the dust samples in turnout gear locker areas had higher levels of PFAS than other areas within the station, as well as on gear.

Researcher Graham Peaslee, Ph.D., a professor of physics at Notre Dame, stated,“And if you’re sweating and you have sweat pores, could some of these chemicals come off the thermal layer and get into the skin? The answer is probably,” according to the firengineering.com article written by The Environmental Working Group a non-profit, non-partisan organization.

For information on a town, region that experienced firefighting foam toxins contaminate water in their area, visit https://www.aboutlawsuits.com/firefighting-foam-settlement-180357/

For information on what areas, currently, have potentially been exposed to PFAS/PFOS toxins, see https://www.ewg.org/interactive-maps/pfas_contamination/

Another source for information: https://www.facebook.com/SullivanAndGalleshaw/posts/10159286725457425