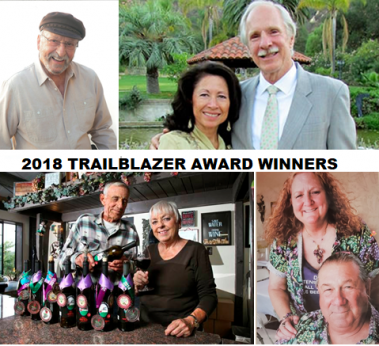 November 17, 2018 (San Diego’s East County) – Leaders in our local wine-making industry were honored at the 6thannual Trailblazer Awards presented by Maness Vineyards owners Greg and Paula Maness and past award winners. This year’s awards were presented during the Toast of East County at the Elks Lodge in El Cajon, hosted by the San Diego East County Chamber of Commerce. 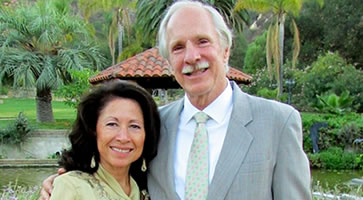 This family’s wine-growing roots trace back three generations to Peru.  Harmes’ grandfather, Abelardo Sanchez, first planted the vineyard here in 1998 with help from winemaker Herman Salerno when Harmes was 16 years old.  Harmes’ mother and stepfather, Gladys and George Norvinger, later tended the bines, producing Bordeaux blends.  All three were instrumental in helping wineries onHighway 94 take root and assisting Supervisor Dianne Jacob in crafting a boutique winery ordinance that helped small wineries thrive. The Norvingers have passed away, but Harmes is keeping their legacy alive at Vineyard Hacienda, now an inn open for weddings and guests, as well as wine making. 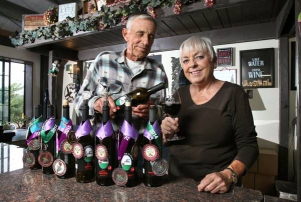 Since planting vines and founding their winery in 2006, Lyttleton and Case have won medals in international wine competitions and created a beautiful destination site for visitors Lyttleton is the winemaker and tasting room manager, among many other hats at the winery, also working to market and promote the Ramona Valley wineries. Serving on the county Farm Bureau and Ramona Chamber of Commerce economic development committee. She’s also president of the Ramona HEART Mural Project and Vice Chair of the Ramona Valley Vineyard Association.  Case, a retired firefighter with design-build talents has led installation of the vineyard, built a pavilion for guests, a water tower, finishing touches in the tasting room, and has a workshop/carriage house known as “Norm’s Museum”filled with vintage vehicles. 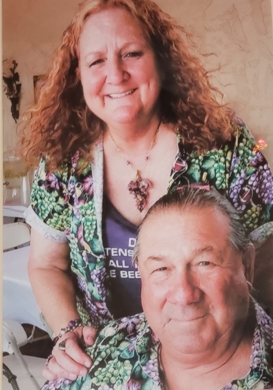 John “Johnny” and Shirley Schwaesdallplanted their first vineyards in 1986, mentoring hundreds of others in the local wine industry since then.  They utilized over 50 old-vine Tokay and Mission grapevines that were at the site when they bought the land, grafting to wine grapes and planting 2500 more vines.  In 1996 they became the firstwinery in Ramona with a major use permit – and their tasting room is also the first straw bale commercial building in San Diego County.  Both Shirley and John Schwaesdall hold degrees from U.C. Davis in wine making and their wines have won numerous awards. Their passion for wine has also led them to organize vineyard and winery tours to the Guadalupe Valley in Mexico twice annually. 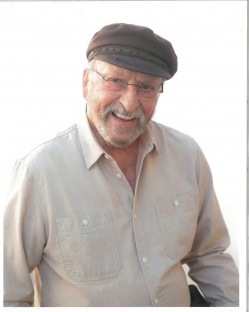 Dominic “Dick” Colangelo entered the wine industry back in 1963 as a wine sales representative. He later started his own wine distribution company and later worked with Maddalena Vineyards. In 1969 he began teaching the first wine classes in San Diego at UCSD, later teaching the first accredited wine class in southern California at Grossmont College in the food service management department, where students tasted wines paired with foods. His classes became popular attractions on campus for the next 25 years.  He has also taught wine development and viticulture at Mira Costa College and Cal State Marcos, as well as led wine and food tours across Europe, Mexico, Oregon and California.  He co-directed San Diego’s first California Wine competition in 1983, and has chaired the Toast to Music event in El Cajon, where he also played the alto saxophone at the city’s Concerts on the Green. These days, he hangs out at Kips Restauarnt for Thursday lunches, talking about international and local wines and ofods.