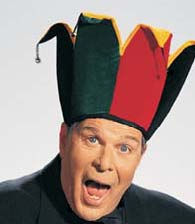 1. List as many titles as you can of Charles Dickens's 15 novels.