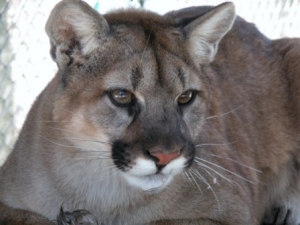 October 26, 2020 (Temecula) --  Conservation groups approved a legal agreement today that will protect a critical wildlife corridor for local mountain lions and other wildlife, fund restoration efforts and ensure implementation of a regional conservation plan. The agreement comes after a judge issued a ruling this spring against the proposed 270-acre Altair development in Western Riverside County in California.

The agreement permanently protects the 55-acre “South Parcel” — a key part of one of the only passages left for endangered Santa Ana mountain lions to move between coastal and inland mountains. This lion population suffers from extremely low levels of genetic diversity due to limited wildlife connectivity.

“This agreement gives Santa Ana’s imperiled mountain lions a pathway to recovery,” said J.P. Rose, an attorney at the Center for Biological Diversity. “Poorly planned highways and development have hemmed this population in, and these beautiful big cats are being driven toward extinction. Now they have a better chance at survival.” 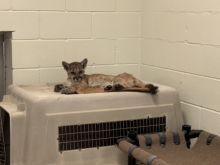 The agreement redesigns the development to minimize impacts on mountain lions, western pond turtles and other rare species. It also requires the developer to acquire other conservation lands for regional connectivity, establishes an education program for coexistence with wildlife, and allows for the future acquisition of more of the development site for conservation.

“We thank the city of Temecula and Ambient in helping us keep the parcels next to the headwaters of the Santa Margarita River intact, thus avoiding an impact that would have almost certainly ensured the extinction of the Santa Ana lions,” said Pam Nelson of the Sierra Club’s Santa Margarita Group. “Their fragile status indicates the health of all the species in our region. This agreement will give these magnificent creatures and struggling wildlife a chance.”

The legal agreement comes as state wildlife officials are studying whether to grant the Santa Ana mountain lions and five other cougar populations permanent protections under the state’s Endangered Species Act. The Center and Mountain Lion Foundation petitioned the state to protect these populations in June 2019, and in April 2020 the state Fish and Game Commission advanced these populations to candidacy under the Act.

“With our planet in the midst of an extinction crisis, we can no longer afford business as usual. This agreement includes significant measures to help to ensure the survival of our big cats, their habitat and the diverse wildlife species the lions support,” said Debra Chase, CEO of the Foundation. 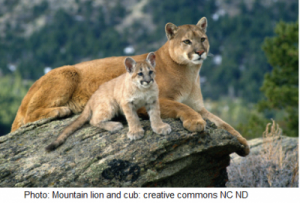 “This agreement marks an important step in the fight to protect the Santa Ana mountain lions, and we look forward to collaborating on future efforts to plan and fund the restoration of corridors for these big cats,” said Vicki Long of Cougar Connection.

As part of today’s agreement, the conservation groups are dismissing their legal challenge to the development.

You may also be interested in: WITH UNANIMOUS VOTE, CALIFORNIA MOVES TO PROTECT IMPERILED MOUNTAIN LIONS

The Center for Biological Diversity is a national, nonprofit conservation organization with more than 1.7 million members and online activists dedicated to the protection of endangered species and wild places.

The Sierra Club is America’s largest and most influential grassroots environmental organization, with more than 2.4 million members and supporters nationwide. In addition to creating opportunities for people of all ages, levels and locations to have meaningful outdoor experiences, the Sierra Club works to safeguard the health of our communities, protect wildlife, and preserve our remaining wild places through grassroots activism, public education, lobbying, and litigation.

Cougar Connection is a nonprofit, public interest organization that is dedicated to the preservation of Puma concolor, Cougar populations, open space, wildlife connectivity, and public education.

*logos for identification purposes only