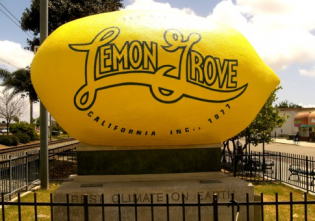 December 11, 2019 (Lemon Grove) – A challenge seeking to block the Lemon Grove sales tax initiative on technical grounds won’t be heard until February 21 – too late to keep the measure off the March 3, 2020 ballot.  But if a judge rules the process was invalid, the vote could later be voided and the sales tax hike would not take effect.

The initiative, Measure S, would raise the sales tax by three quarters of a cent, from 7.75 to 8.5 percent. The city is facing serious financial shortfalls, with a budget deficit of nearly $1.2 million projected by the end of its fiscal year 2021-22. More than 85% of the city’s budget is spent on public safety, police and fire protection, leaving not enough money for other needs.