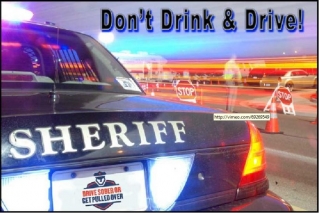 East County News Service
July 23, 2019 (Lemon Grove) – A DUI sobriety and drivers license checkpoint on July 20th in Lemon Grove resulted in one arrest for driving under the influence of alcohol or drugs. In addition, 22 citations were issued for suspended, revoked or no driver’s licenses and 10 vehicles were impounded.
The checkpoint was setup in the 7900 block of Broadway from 8:30 p.m. to 1:30 a.m., manned by approximately 14 deputies.  A total of 836 drivers were contacted and 75 were pulled over for secondary inspection, says Sgt. Aaron Montan with the Lemon Grove patrol station traffic division.
The purpose of the checkpoint was to remove impaired or unlicensed drivers from the roadway and provide education as well as deterrence to increase safety.  Funds were provided by a grant from the California Office of Traffic Safety through the National Highway Safety Administration.