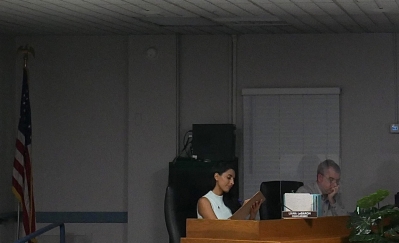 April 29, 2022 (Lemon Grove) — Lemon Grove Councilmember Liana LeBaron was arrested and charged with domestic violence on April 18 by the San Diego County Sheriff’s department, following an altercation with her husband over his life insurance policy.

A restraining order was filed the next day under the name Timothy C. Howell, which required that LeBaron leave her home upon its court approval. The protective order will last until May 10, when LeBaron will appear in court to address the issue.

According to her husband’s claims in his request for the restraining order, the incident escalated to physical and verbal abuse following an argument, during which LeBaron sought to convince her husband — who is an El Cajon police officer — to increase his $100,000 life insurance policy. Screenshots of the document have been made public by NBC 7.

In this case file, he alleges that she kicked, hit, and bit him during the incident. According to the Union-Tribune, she spent the day at the Las Colinas Detention and Reentry Facility in Santee and was released later that night after posting a $10,000 bail bond.

The next day, she attended the Lemon Grove City Council meeting as normal.

The district attorney is also reviewing the case for potential criminal charges, for which LeBaron is slated to appear in court on June 6.

“My husband and I are going through a divorce,” stated LeBaron in an email to NBC 7. “He got the legal system involved before I did so that he could make himself out to be the victim rather than the aggressor and not lose his ability to carry a gun or his job. I look forward to telling my side of the story in court and to having my name cleared."

Last month, the Lemon Grove City Council halted a proposed censure of Councilmember LeBaron. As of now, Mayor Raquel Vasquez and City Manager Lydia Romero have recognized the recent arrest, but have taken no formal action regarding the situation. The Council wanted to censure LeBaron due to alleged verbaly abusive treatment of staff and disruptive actions at council meetings.

LeBaron is not the only Lemon Grove Councilmember recently accused of violence. Former Councilman David Arambula, who lost his reelection bid in 2020, faces a civil lawsuit alleging that he assaulted and injured Lemon Grove businessman Chris Williams during a meeting at Arambula's home, where Williams' application for a dispensary was discussed, according to Williams and a witness. Willams' suit againt Arambula and the city remains pending.

For a list of national domestic violence hotlines as well as local services and shelters, visit saysandiego.org.