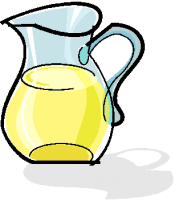 May 29, 2014 (Rolando)--Sophia Pruden, a 13 year old Rolando resident, hosted the 7th annual Cookies for a Cure fundraiser last Sunday, May 25, in loving memory of her aunt, Amy Pruden, who passed due to Leukemia in 2007.

When Sophia started Cookies for a Cure in 2008, it was nothing but a lemonade stand. Granted, it did rake in a staggering 800 dollars for charity, an impressive feat for a lemonade stand run by an 8 year old.

But since then, Cookies for a Cure has grown into an annual community event that increases in profitability by roughly a thousand dollars each year. In total, the Prudens have raked in around 20 thousand dollars for the Leukemia and Lymphoma society, and that number will certainly continue to grow.

Sophia’s entire family contributes to the success of Cookies for a Cure. Her grandfather, Ronald Pruden, a retired commercial baker, works with Sophia to bake the cookies and squeeze the lemons. Her mother, Lara Dickens, works with the city to obtain permits and barricades for the event, which now requires an entire street to be shut down in order to make room for it. Her father, Matt Pruden, orchestrates the setup and takedown. Even Sophia’s cousin, who now lives in Iowa, promotes the event over social media.

“For our family it has been a healing thing,” said Irene Pruden, Sophia’s grandmother, “Something bad happened to our family, but wow! The support we’ve gotten from people, some we don’t even know, it is a gift we can’t measure.”

Sophia loves her work, and plans to continue it. “I love helping people and I love Cookies for a Cure,” she said. “It makes me feel good to do something to remember my aunt Amy and also to help other people who are facing the same thing.”

This year, the event included a bounce house, face-painting, live music, a barbecue, a silent auction, and a fire truck from the local fire station.

Although this year’s Cookies for a Cure event has passed, it is still possible to help. For more information or to donate, you can visit sdhi.lls.llsevent.org/sophiapruden