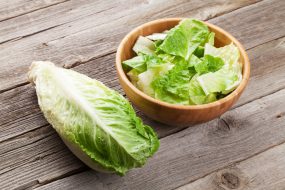 Update November 27, 2018:  The CDC has narrowed the warning to only Romaine lettuce grown in central and northern Califormia.  Read more.

That’s the warning issued today by the U.S. Centers for Disease Control and the U.S. Food and Drug Administration due to a nationwide outbreak of a virulent form of E.coli linked to romaine that has sickened 32 people in 11 states, including 10 cases in California.Nearly a third of those cases (13) required hospitalization.  An additional 18 cases have occurred in Canada.