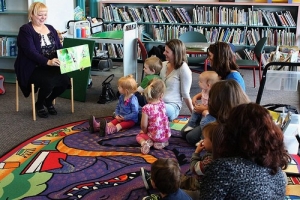 November 29, 2017 (Escondido) -- Libraries are vital sources of information for students, researchers, and the public.  But now, the city of Escondido has voted to privatize its public library on Kalmia Street by hiring Library Systems, a Maryland-based company, over the objections of the library’s trustees. The city claims it could save $400,000 a year through private operation of the library.

Now two library patrons, Roy and Mary Garrett, have filed a lawsuit against Escondido that claims the action is illegal under California law, Times of San Diego reports.

Opponents of a move by the city of Escondido to outsource its library functions to save money announced Tuesday that they’ve filed a lawsuit contending that the action violated state law. Their attorney, Alan Geraci, says, “By forcing privatization of our library, the City Council failed the community, failed the library workers and failed to follow the law.

Roy Garrett, a long-time supporter of the library says, “Now the city manager, the mayor and City Council majority have broken faith with all the Escondido residents, taxpayers, volunteers, library employees and donors who created and nurtured this heart of our city, our 100-year-old public library, and turned it into a profit center for a corporation.”

The County’s 33 libraries are all public, as are libraries run by other cities in our region. But privatization has become a hot button issue across the nation.

Public libraries began in Colonial times in the U.S., but those early libraries were available only to those who could afford fees for the services.  With the rise of free public education, communities came to view access to books and other information as a public right, and the modern-day public library system was born.

Modern libraries provide much more than books, including access to computers for those who can’t afford them or lack high-speed internet access at home.  The public can check out music, videos, and movies.  Libraries offer programs such as literacy for adults and story time for children, guest lectures and cultural presentations.  Could such projects be slashed or eliminated if public libraries are put under private control?

The American Library Association opposes the effort and has published a book titled “Keeping Public Libraries Public.” The book raises serious questions, such as whether private companies would profit over the best interests of the community, whether privacy rights would be protected, whether intellectual freedoms would be valued and a diversity of materials kept available, whether librarians and other library staff would have appropriate training, whether digital technologies would be kept up to date, and whether a private library can maintain public trust–putting benefits and needs of the public first over corporate owners.