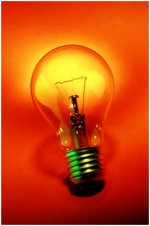 Sept. 9, 2011 (San Diego) – San Diego Gas & Electric (SDG&E) today restored power at 3:25 a.m. to its 1.4 million customers affected by the Sept. 8 outage. The restoration was accomplished almost exactly 12 hours after a major electric transmission system outage in western Arizona and the loss of a key connection with the San Onofre Nuclear Generating Station and other factors resulted in the most widespread power outage in the company’s history and among the worst in U.S. history.

Yesterday afternoon and throughout the night SDG&E coordinated its restoration efforts with the organization in charge of California’s power grid, the California Independent System Operator Corporation (ISO). Early this morning, in cooperation with the ISO, SDG&E completed the power restoration process. Because the restoration process went smoothly, SDG&E was able to restore power sooner than anticipated.

An outage that started when a worker in Arizona was changing equipment triggered the outage, which took out power in Arizona and Northern Mexico as well as Southern California.  The FBI has assured that there is no evidence of terrorism involving, easing fears of some over the timing of the black-out, just days before the ten-year anniversary of the 9/11 attacks.

Law enforcement officials have praised San Diegans for remaining largely calm during the outage.  No rampant looting occurred, unlike in some other cities that have experienced prolonged blackouts.

Instead, many area residents took the opportunity to meet and visit with neighbors in impromptu neighborhood potlucks.  At Sycuan Casino, where a generator provides ample power for up to six days, backcountry residents gathered to beat the heat with air conditioners at homes and businesses across the region shut down in triple-digit heat. Some stores that remained opened, such as the Albertson's on Campo Road in Casa de Oro, had long lines of people stocking up on water and food.

Many found themselves in the emergency without enough gas, since pumps are powered by electricity and unlike areas prone to hurricanes, San Diego's gas stations lack generators.  Others discovered first-hand the importance of having a portable battery-powered radio, extra batteries, a car charger for cell phones, water and food supplies, and an emergency meetup plan for their families.

SDG&E thanked its customers for their patience and local public agencies, including local municipalities, for their support and cooperation.

“Restoring power in the aftermath of the loss of the entire local grid serving San Diego and southern Orange counties was a monumental task and the ISO, the region’s power plant managers and our employees really rose to the challenge,” said David Geier, vice president of electric operations. “The restoration process, however, has left our local power grid very fragile and we are asking our customers to conserve electricity throughout the day Friday.“