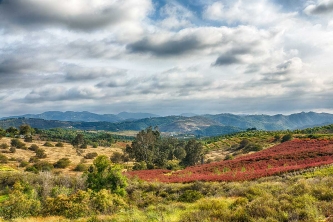 Photo, left: Site of proposed master-planned deveopment that has sparked a firestorm of controversy

Despite objections from fire authorities, however, the County Planning Commission voted 5-2 to overrule staff and ignore concerns over lack of safe evacuation routes.  Intead, the majority of commissioners recommended that Superivsors allow the developer to pay a $2 million fire protection fee with various escape clauses in order to proceed, with building the project with the homeowners' associatoin paying for annual brush clearing, as the developer has sought.

The meeting begins at 9 a.m. and will be virtual due to COVID-19.