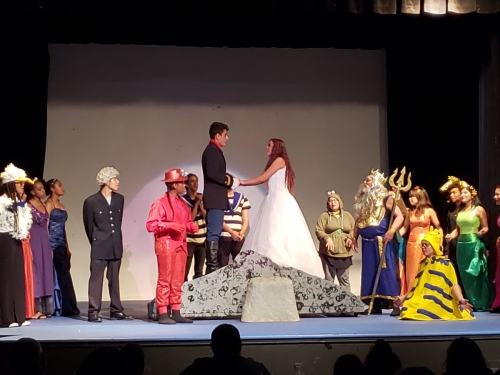 May 5, 2019 (El Cajon) - More than a few teens can identify with Ariel, The Little Mermaid, who hates her dad because he won't let her do what she really wants to do. Her dad doesn't understand or love her.  The theme is brought to us in fun fairy tale fashion, The Little Mermaid, based on the Disney version and yes, Disney does everything possible to entertain.

El Cajon Valley High drama students are trying to do their best as they bring us The Little Mermaid and continue to improve, under the direction of James Austin. This show had the costumes, the scenery, and the computerized enhanced backdrop.  This technique is making into High Schools and really enhances shows so much. They even had a tap number by Tahnyce Newton, who played Scuttle. I loved it.  They have really stepped up their game.

They did a fabulous job replicating the story--picture perfect. The nearly full audience of friends and relatives enthusiastically supported the cast. But they do have room for a few more to come out and enjoy the show at the historic Little Theatre.

There is only one thing that needs improvement and I think they know what it is. Not an easy fix and I'm sure they are working on it. 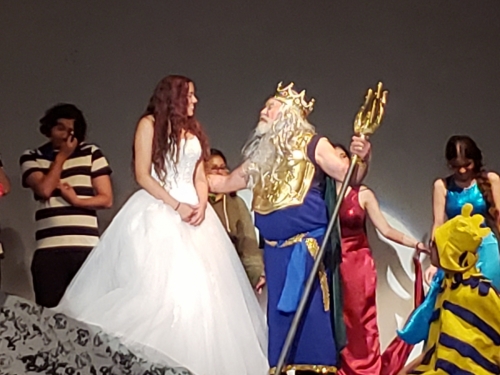 Supporting youth theatre--that's what is all about.