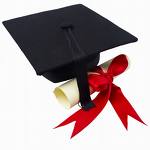 Babbit is the lead pastor at Spring Valley Community Church and currently serves on the district's Citizens Bond Oversight Committee.  His wife teaches in the district and he has three children who attend LMSV schools.  He has been endorsed by Supervisor Dianne Jacob.

Divine is a retired Naval officer who has worked as a substitute teacher in the district. Son of a conservative minister, he says he wants to “build faith, strengthen families, and our community.”

Lecko,  an architect who owns a design studio, is also chair of the District's Citizens Bond Oversight Committee. He has served on the Mt. Helix Council PTA and is also a past chairman. His candidacy is backed by Glen Sparrow, a fellow member of the CBOC representing the San Diego Taxpayers Association.

Motten, a research scientist, serves on the San Diego Chamber of Commerce Education Committee and chairs the Spring Valley Economic Development Council. He is also on the board of the East County Boys and Girls Club.

Steiger, who previously ran for the board, is president of the Murdock Elementary PTA and has been endorsed by the school’s principal.  He has also serves on the district’s Budget Study Committee and as vice president of Legislation for the Mt. Helix Council of PTAs.  Steiger has children in LMSV schools and attended district schools .  “I will be a strong voice for all children and work to ensure that the district provides educational opportunities for every student now, and in the future,” said Steiger, who received by far the most letters of support (25) of any candidate.

Stewart, a civilian who works for the Navy as an IT Tech, has previously served on the Citizens Bond Oversight Committee and coached Special Olympics. He also volunteers with the GUHSD Parent Music Advocacy Group.  He has stated that he seeks a “well rounded” education for students that includes art, science, music and physical education as well as math, reading and writing.