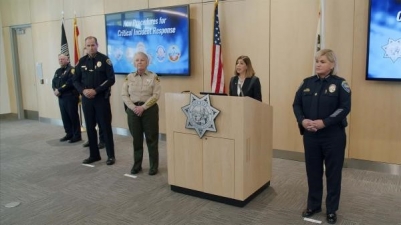 April 13, 2022 (San Diego) – Recognizing the need for transparent and independent investigations of officer and deputy-involved shootings, members of the San Diego County Chief's and Sheriff's Association have signed a Memorandum of Understanding (which establishes a new countywide protocol for the investigation of officer and deputy-involved shootings.

The top law enforcement officers aim to build public trust by ensuring that no agencies investigate their own shooting incidents.

The agreement has been signed by the following agencies:

"We are proud to be a part of this new agreement with our partner law enforcement agencies and to provide accurate information about these incidents by instilling trust between our agencies and the communities we serve," said Undersheriff Kelly Martinez, who calls the change “an important and fundamental shift” to assure that investigators are “independent and unbiased.”

Some of the new protocols include:

To read the Memorandum of Understanding (MOU), click here.