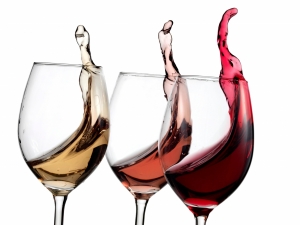 January 2, 2018 (San Diego) – A report just released by the San Diego Vintners Association on the economic value of wineries in San Diego County shows that the burgeoning wine making industry is having a potent effect. In 2016, the county’s 116 wineries generated a $30.4 million regional impact and supported 697 jobs here.

The report looked at growth in wineries from 2010 through 2016 to assess impacts of a landmark county winery ordinance passed in 2010 and amended in 2016, which eliminated the need for most wineries to obtain costly major use permits.

From 2010 to 2016, San Diego County’s wine grape crop value has more than quadrupled to $4.2 million, while total acres of wine grapes harvested has more than doubled.  In the most recent year studied, sales at local wineries increased 88 percent on average from 2015 to 2016.

San Diego County vintners are using over 45 different grape varietals to produce their wines, with an average of more than eight varietals per winery. Most popular grapes grown including these reds: Cabernet Sauvignon, Syrah, Sangiovese, Merlot, Cabernet Franc, Zinfandel, Malbec, and Petite Syrah. Most popular whites locally produced are Viognier and Sauvignon Blanc.

The wine industry has a multiplier effect, creating both direct and indirect jobs.  While the outlook of the 37% of wineries that participated in the survey was positive overall, some cited potential impediments to attaining maximum potential.

One area where marketing could boost sales further is tourism. Winery owners who responded to the association’s survey reported that 27% of their sales in 2016 were due to tourism.  As far back as 2013, before most local wineries had even opened their doors, the San Diego Tourism Authority’s Visitor Survey Profile found that wine tasting ranked in the top 15 activities among all visitors to the region, after other popular activities such as theme parks, beaches and sightseeing.  Increasing marketing to tourists could yield even richer rewards in the future, many in the local wine industry believe.

Wineries are also popular with locals who enjoy tasting or simply appreciate the economic boost the wine industry is having on areas such as Ramona, a hub for wine enthusiasts.  A whopping 94% of winery owners surveyed locally said that wine tourism and wineries are appreciated and publicly supported by residents; only 3% believed industry tourism was unwelcome and actively opposed.

That strong support is in contrast to most other wine regions nationally and statewide; for instance, a 2016 survey of annual wine conditions done by Silicon Valley Bank found only 40% of winery owners thought their industry was both appreciated and publicly supported by locals.

San Diego's burgeoning wine business has no doubt benefitted from the earlier boom in craft brewing, which has made San DIego a top market nationally for the craft beer industry and shown the potent economic punch that such activities can ferment in our region.

I worked for a construction company and vineyards were cut down to build houses in north county, near Encinitas. I tasted some grapes and they were bitter, not like table grapes. Areas here have the potential grow to wine grapes with warm days and cool nights that lead to the right amount of sugars in the fruit.
http://bernardowinery.com/